I was traveling south in Costa Rica to a National Reserve called Carara. Just before going over a tall bridge the guide stopped. The bridge was narrow, so the cars were passing very close to us, but being from Mexico, this is quite normal for us. The other group members were not that comfortable with the situation, so they didn’t want to cross over.

I stopped right in the center of the bridge and observed the panoramic picture with the huge crocodiles below me. I was immediately reminded of that one Disney scene from Haunted Mansion, where a balancer might fall into a pit full of them. The setting was pretty flat because of the light conditions. It was a hot day, and I thought to myself that I wouldn’t be taking one good photograph.  Because of those hot conditions it was not that clear how many animals were down there. As I refocus on the scene through my camera, I started to realize the size and number of the crocodiles. I just started shooting right away.

In Spanish, crocodiles is spelled “Cocodrilos” hence the title of the photo. 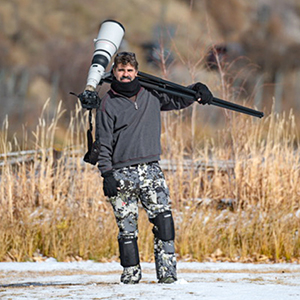 I’m a Mexican Photographer born in 1966. When I was young, I remember that I wanted to be a veterinarian and dreamed of visiting the Serengeti to watch my favorite animal sprint: The Cheetah.
I became an Industrial Engineer in Mexico but decided to study a second major in London, where I became a photographer and found my real passion.

I specialized in sports and people photography, which I’ve done for more than 20 years. As their photographer I traveled ten years with the National Soccer team and today I work with the Mexican Open of tennis.

I started shooting animals about six years ago. Today I find my happiness in wildlife photography. In Mexico but also in the rest of the world.