NATURE PHOTOGRAPHER OF THE YEAR 2021 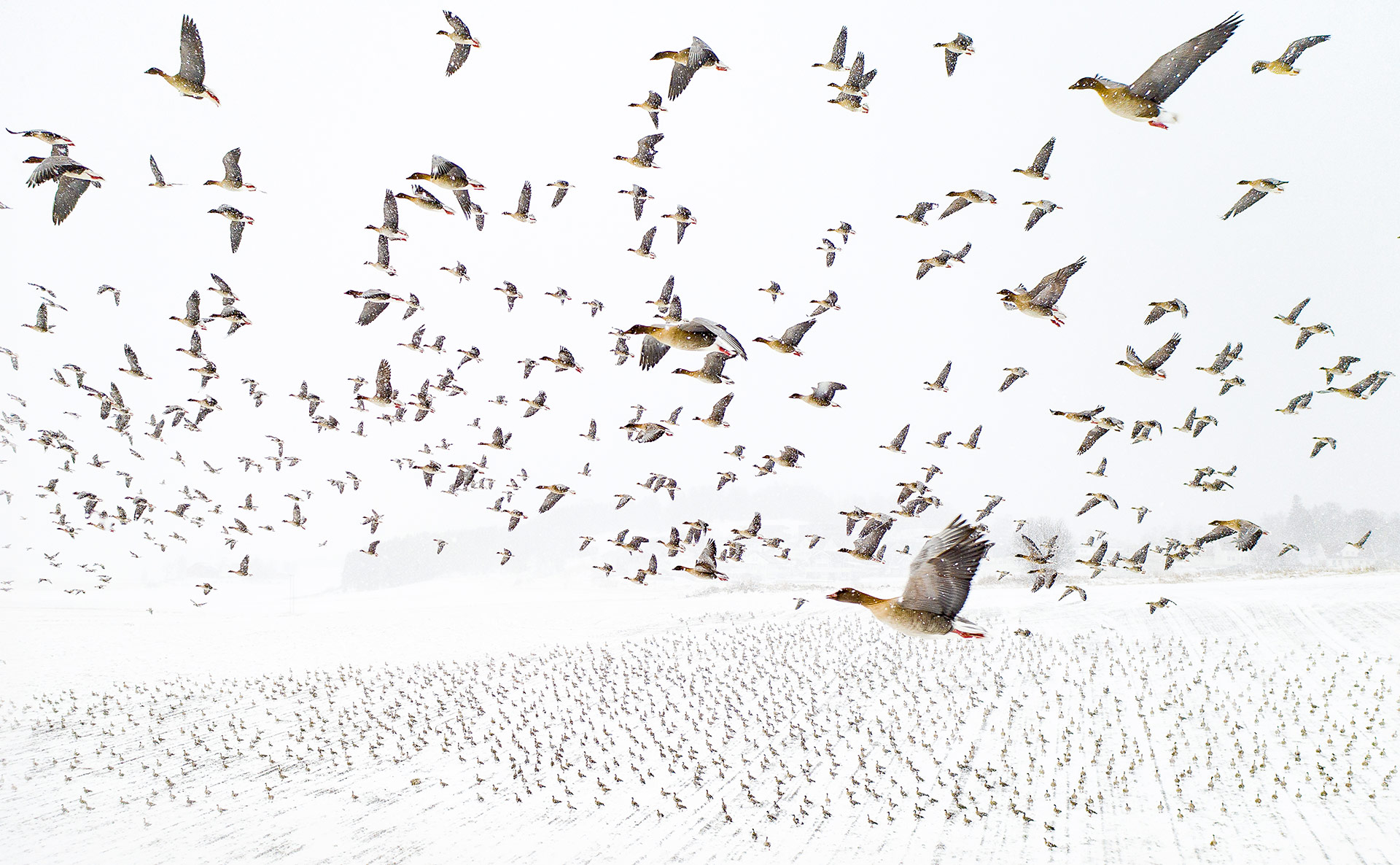 I’m priviliged enough having thousands of Pink-footed Geese litterally in my garden several months a year. More than 80.000 make a stopover here in the Trondheim fiord wetland system on their way between the wintering grounds in Denmark and Netherlands and the breeding grounds in Spitsbergen every spring and autumn and the whole scenario is simply spectacular. I have been photographing them for more than 20 years, and at at one point I kind of ran out of ideas and got the feeling that «everything» with geese was already done. So what now?!

Thanks to the amazing drone technology the element of air opened up a few years ago, and the wet dream of photographing the geese as being on of them, a part of the flock, up in the air actually became possible. Dozens of failed attempts during the last years, partly because of fragmented landscapes, disturbing buildings, human artifacts and messy backgrounds. But during the strange and rare events of blizzards and heavy snowfalls in late April 2020, I realized that the photos of my dreams were within reach; photographing the geese from the air against a pure and clean snowy landscape.

I positioned myself close to a field where I knew that the geese would feed regulary and waited for them there. As soon as I heard incoming geese, I took off with the drone and waited for them in the air. Most of the shots did as always have something inperfect to them; like being too far away, being unbalanced, having a wing or a head cut or some birds overlapping wrong. But this particular one I`m very happy with. And I`m very happy that the jury of the NPOTY 2021 liked it too!

In 2011, in cooperation with Christian Tiller, he wrote and published his first book “Flyktige motiver – kunsten å fotografere fugler” – the bird photographers A-B-C (only in norwegian). Since then he has illustrated several other bird books (in norwegian) and contributed with pictures to many others.

In addition to travelling back and forth in Norway, he has visited many other countries searching for birds and photo objects, including New Zealand, USA, Morocco (annual), Japan, Falkland islands, Namibia, Spain (annually), Cuba, Costa Rica and Russia being among his favorites.