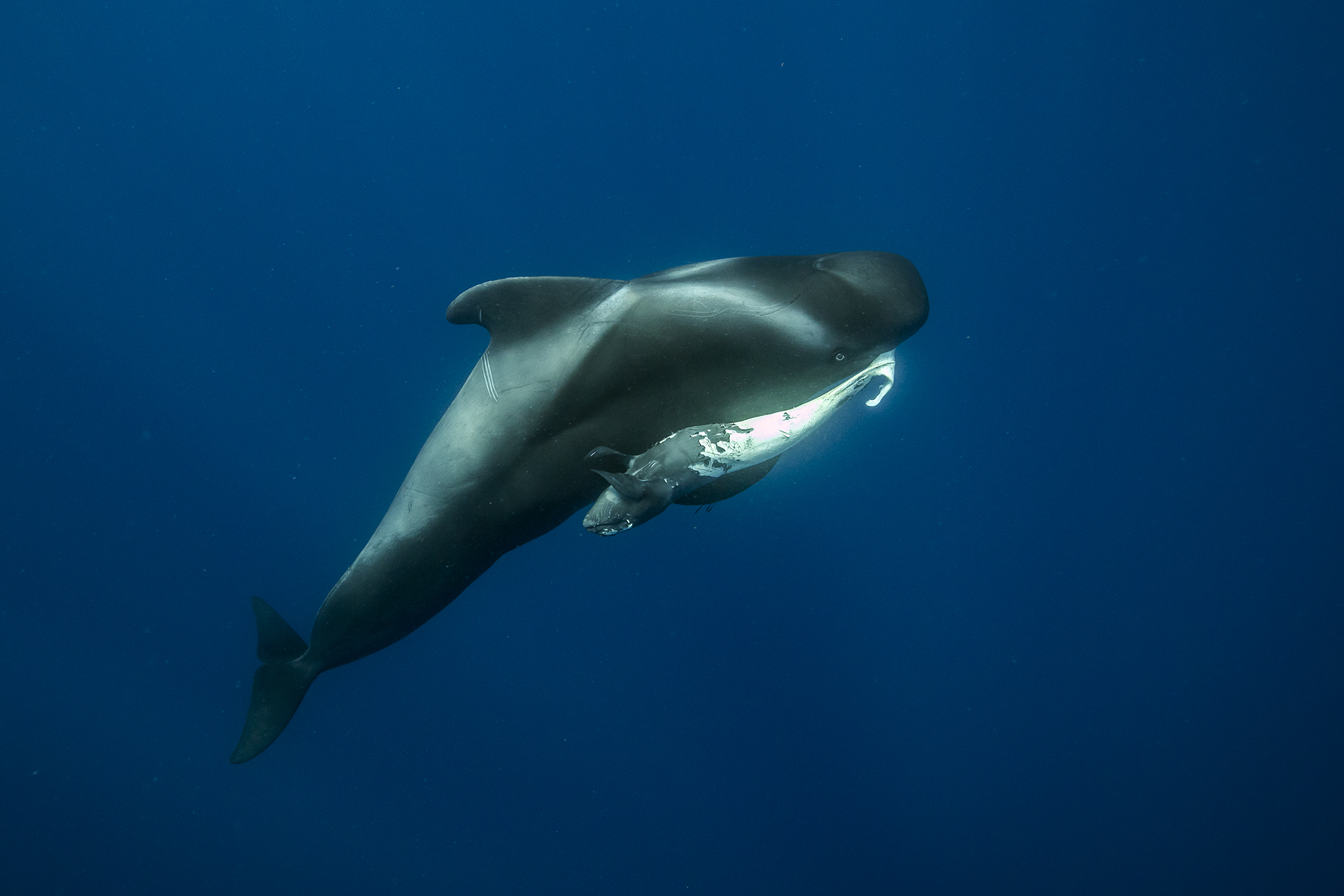 While I was documenting a group of short-finned pilot whales (Globicephala macrorhynchus), I spotted this female carrying her dead calf. She was surrounded by other members of the group, escorting and consoling the mother during her endless swim. Short-finned pilot whales are very social marine mammals and have inquisitive attitudes. Each member of the pod is strongly bonded to each other and they do everything together: resting, hunting, socializing, playing, traveling… and burial.

After some days of research, the researchers spotted two females carrying their two new-borns baby (dead at birth) in the open ocean for days, reluctant to let go. The male kept me and the other researchers at a right distance from the two females. He was never aggressive, but his intentions in protecting the two mothers were clear. It was heartbreaking to witness the behavior of the entire group. In this situation, one difficult thing was to deal with my emotions.

Picture taken under the approval of the Portugues Ministerio para la Transicion Ecologica, Secretaria de Estado de Medio Ambiente. In Tenerife, nobody can freely swim with cetaceans without having prior achieved a special license issued by the Government. This kind of photograph can only be taken while snorkeling or free-diving, holding our breath and swimming at the same time. It is forbidden to use underwater equipment such as scuba tanks, rebreathers, underwater scooters, etc. 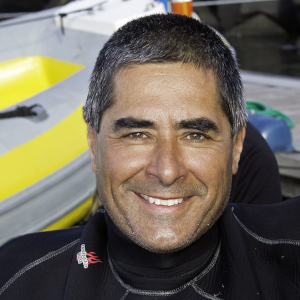 I’m a professional photographer specialized in underwater environments and wildlife. For a long time, I’ve been known worldwide for my versatility, being able to master different underwater techniques: free diving, recreational and technical diving, closed circuit rebreather with different gas mixes. This expertise, learnt over almost 35 years, allows me to take challenging images while approaching complex environments and elusive animals with the proper knowledge, technique and equipment. In recent years I’ve focused on the interaction with large whales, pelagic fishes and uncommon animals, from the Equator to the Poles.

My reportages and pictures have been published in renowned magazines around the world (to name a few: National Geographic Italy and Spain, BBC Wildlife, DAN Alert, GEO International, Stern, Red-bull, and many others).