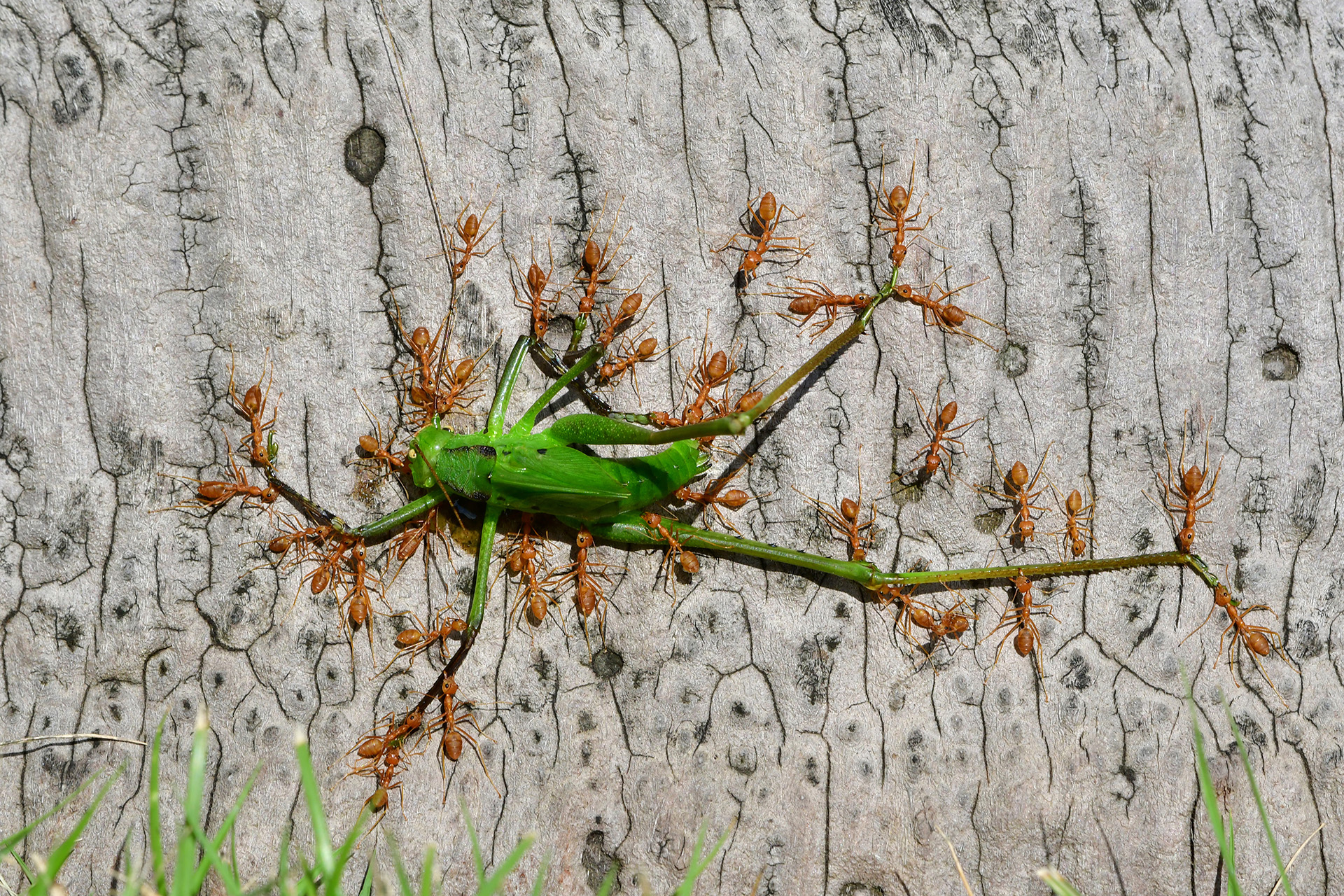 In Xishuangbanna Tropical Botanical Garden in Yunnan Province, there are several big trees near my hotel. The nest of oecophylla smaragdina is built in the crown of the tree. They are ferocious by nature and are good at catching all kinds of insects. When the weather is fine, the workers will divide into several groups to hunt for insects. One morning, I found that they were working together to subdue a green katydid and carried it to a tree. Every kingdom of oecophylla smaragdina will build a castle of its own. Although the kingdom of oecophylla smaragdina maintained hostility and did not contact other similar kingdoms, there was a little war between their kingdoms. War usually only takes place with animals of other races. I knelt on the ground and shot this work at a low angle close to the ground in order to obtain the best focal plane. 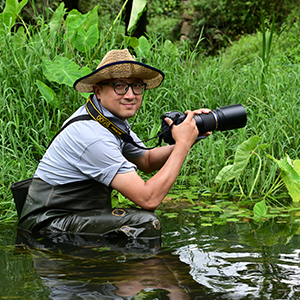 Yuan Minghui mainly shoots local plants, insects and landscapes in  China. He is the vice chairman of Hubei Photographers Association. His work appears on postcards, calendars, books and merchandise in many countries. He hopes that creative discoveries will cause emotional changes to the viewer, and he believes that images play an important role in natural environmental protection. He received numerous awards for the International Nature Photography Contest, including WPY, Windland Awards, Asferico,  Glanzlichter, IGPOTY,  Montier Festival, Best Backyards, MML, Montphoto, NBPA etc.