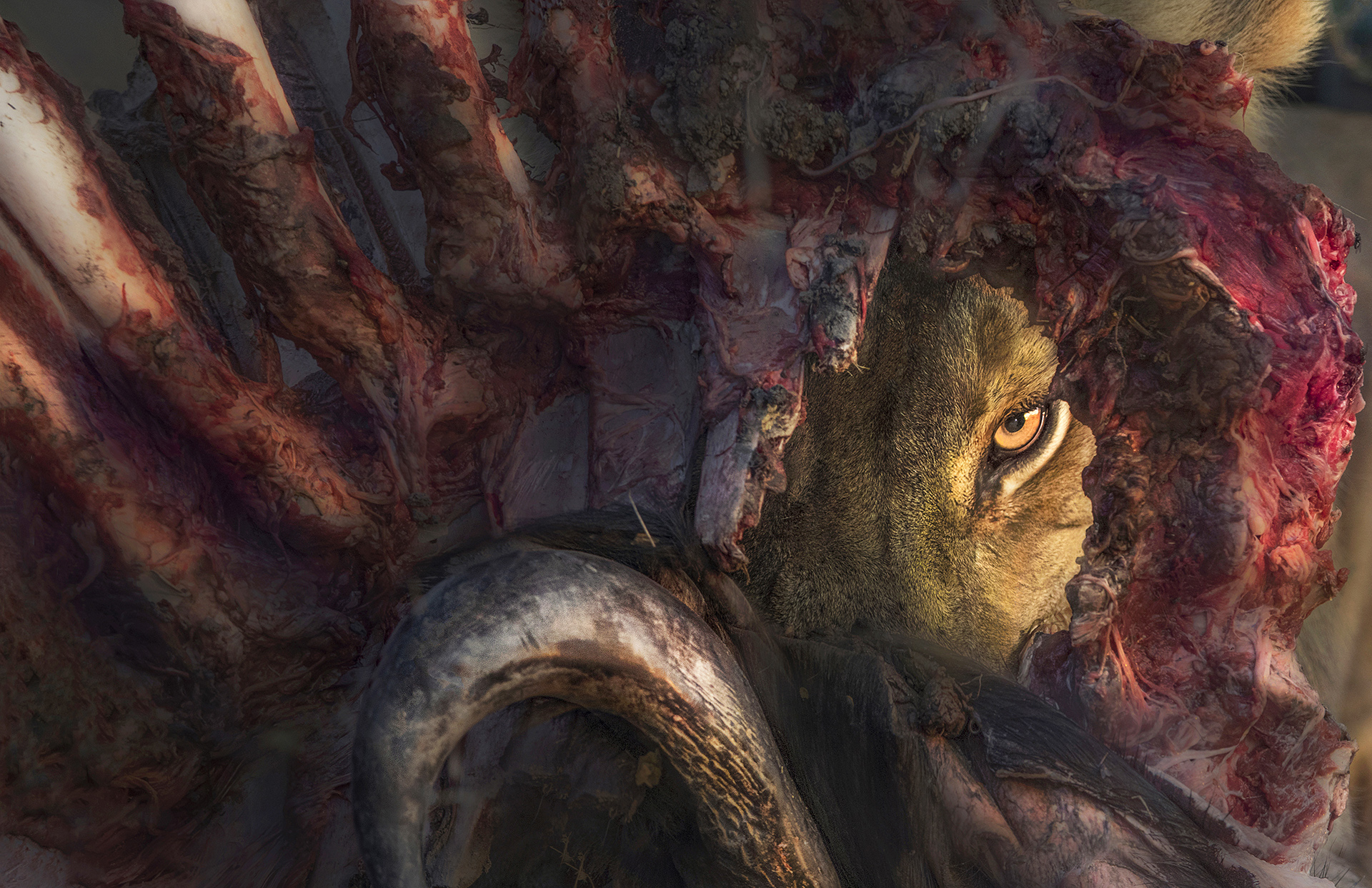 The toughest photograph I took was when I witnessed an extraordinary hunting in the wild nature of the Okavango Delta in Botswana during the dry season in August. It started with dozens of powerful lions attacking buffaloes in the middle of the day. At this point, the scene was already a little difficult to capture, as the attack was very intense and the battle between the lions and the buffaloes was dramatic, with lots of blood and blood-curdling screams just before the kill!

But this is normal in nature, so this isn’t the reason why I say it was the toughest. The best part still had to come through. In the middle of the next night, the lions came under attack by almost 30 hyenas trying to steal the kill from them! It was a rare and cruel scene that I, the guide on the safari, and clients, of course, had never seen before. The ferocity, the sounds of terror coming from everywhere, and the intense darkness made the shots very tough to get.

The next morning, this large male lion returned and peered through the bones, creating this portrait. That was the moment I felt the power of the king in my heart! 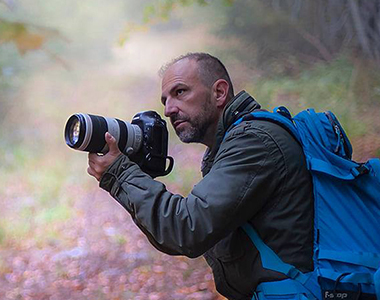 Take the moment… Whatever it takes
– Panos Laskarakis –

I got involved in photography for the first time in 2005 and since then I have kept on evolving my techniques and knowledge, through a series of valuable experiences. By visiting several places on the planet like the Arctic, Africa, Asia, America, and Europe, capturing impressive sights with a different perspective. Nature photography is love, passion, exploration, adventure, and creation. I always look for dramatic action and I feel alive in every sense when I experience the greatness of the natural elements. I live my life traveling to every possible destination, searching for days on end for instantaneous, breathless scenes.

Wildlife, landscape, and tribes compose my work! The key to great photography is hidden in the huge variety of landscapes, wildlife, and cultures as well as in the incredible wonders that emerge through the endless, magnificent power of nature. Photography not only sets the limits of an instant shooting at the place of the main action, but also the printing and presentation in the gallery where nature comes to life in front of the public eye. There my feelings, together with my lust for beauty, create an indispensable connection with my guests.