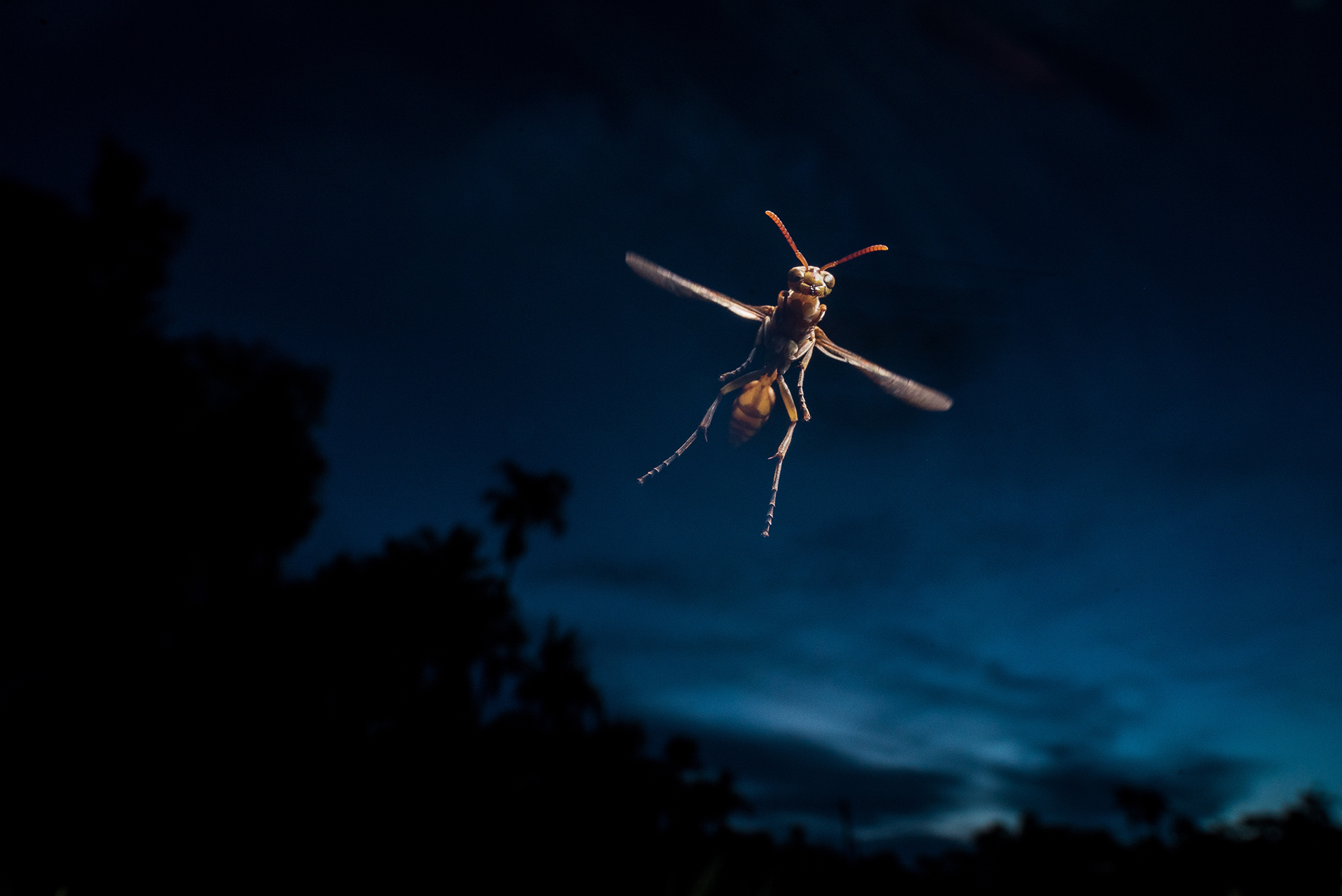 Name: Ripan Biswas
Picture title: Alien Invasion
Category: People’s Choice
Nationality: India
Occupation: I am a high school teacher by profession. Photography is my passion and I am not a full-time photographer.

Name: Ripan Biswas
Picture title: Alien invasion
Category: People’s Choice
Nationality: India
Occupation: I am a high school teacher by profession. Photography is my passion. I am not a full-time photographer

There was a seasonal swamp near my home in Coochbehar (India). Every monsoon the swamp is full of different types of insects and amphibians. I visit that place regularly, almost everyday, at the time of monsoon. One day I came across a group of plant-hopper nymphs that found shelter in the grass blades of a bush in the swamp. The bush was in the middle of the swamp. There was knee-deep mud around the bush. I started observing them and found that there were some paper-wasps visiting the bush. The wasps came and took the helpless nymphs into their mandibles.

It was a challenge to take the pictures of the paper wasps. I was in a knee-deep mud, my movements were restricted. The mud was slippery, standing became difficult and it was hot and humid. I used a c-type bracket and attached a remote control to it. This is how I used my camera with one hand. On the other hand, I held a flash that was remotely controlled by a transmitter. I used a wide angle-macro lens to take both the wasp and the environment in a single picture. The lens is a manual lens, so you cannot focus automatically. I pre-focused at a certain distance and tried to move the camera towards the flying wasp to get the wasp in focus. It was a ‘trial and error’ methode, and 99% of my pictures were out of focus. To get the ambient light I used a slower shutter speed, a flash to freeze the subject and a lower angle. So the wasp looked like an alien who came down to attack us. I worked there for a week, and got only a handful of photos. 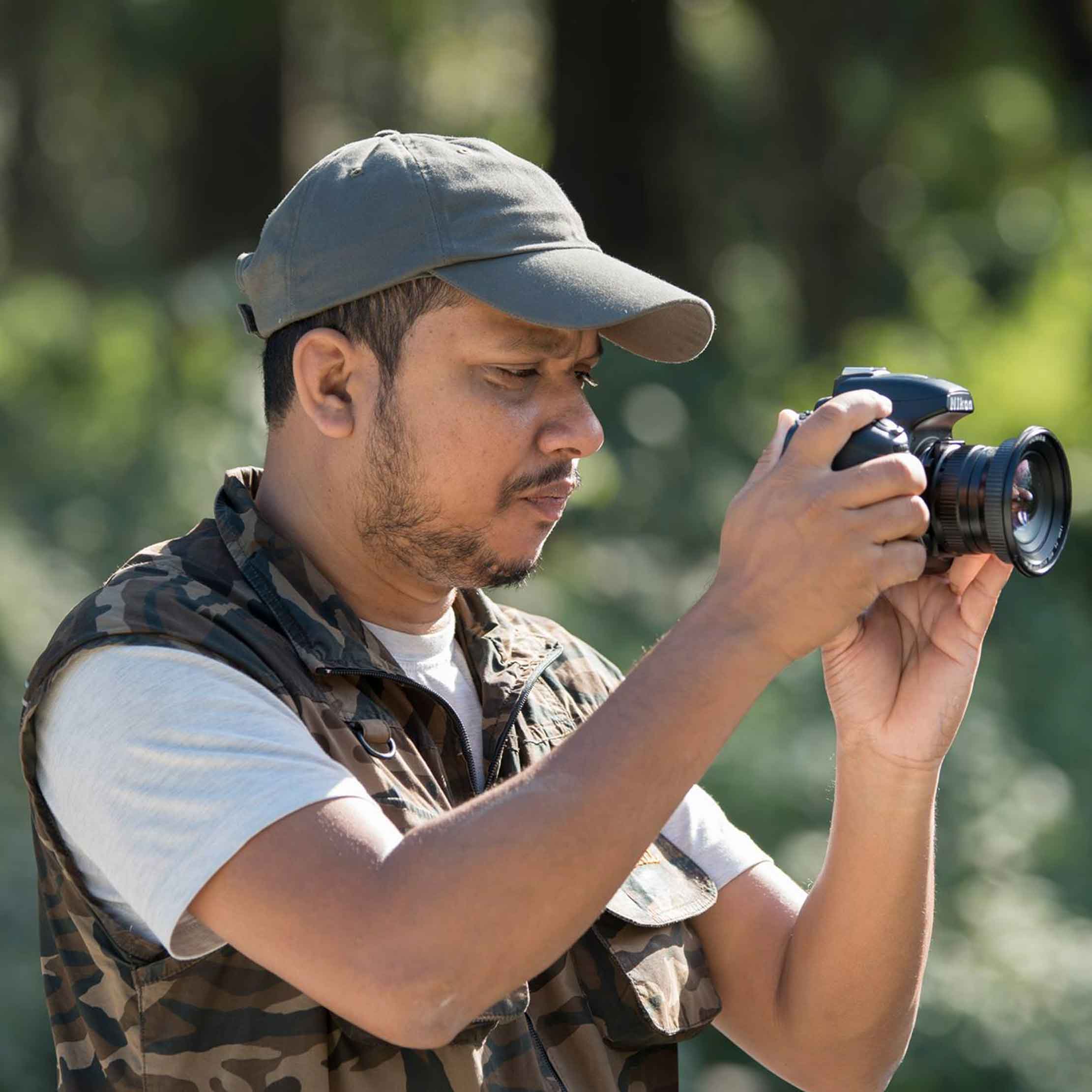 I belong to a small village of Coochbehar, West Bengal, India. I am having a masters in Environmental Science. From my childhood, nature has always inspired me. The life and death of a grasshopper, the flashing green hue of a bee-eater, the sound of smashing dry leaves on a forest floor in spring always kept me enthralled. So, in photography, I had no other option except to choose nature photography. In 2008 I started nature photography. I want to spread awareness through my photography and work.