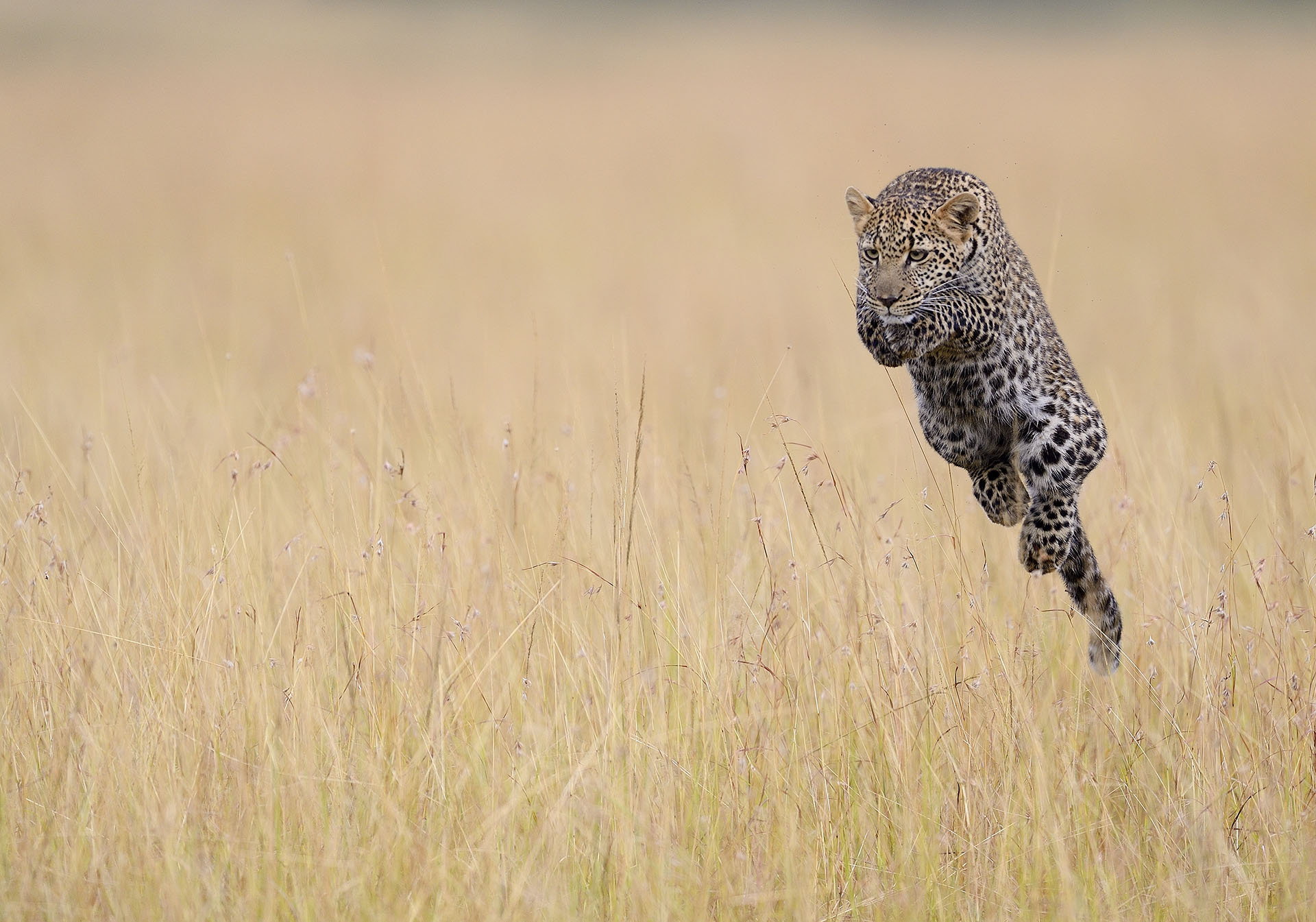 Several years I was photographing for a new book “Der richtige Augenblick” (“The right moment”). I tried to find the right moment in the behavior of birds and mammals, for example fighting ruffs and black grouses, hunting eagles. I spent a long time in Africa trying to photograph the fascinating hunt of cheetahs and leopards. One day in March 2016, I followed a leopard mother with her half-grown cub in the high grass of Mara Masai Preserve. The young leopard played with its mother and stalked her again and again and jumped on her back. It was very difficult to photograph, because you couldn’t see the young in the high grass at all. When you saw the cub it was already in the air. So you had to anticipate where  the young leopard was and rely on your autofocus system to focalize the animal. At least once it worked. In the end it was luck. 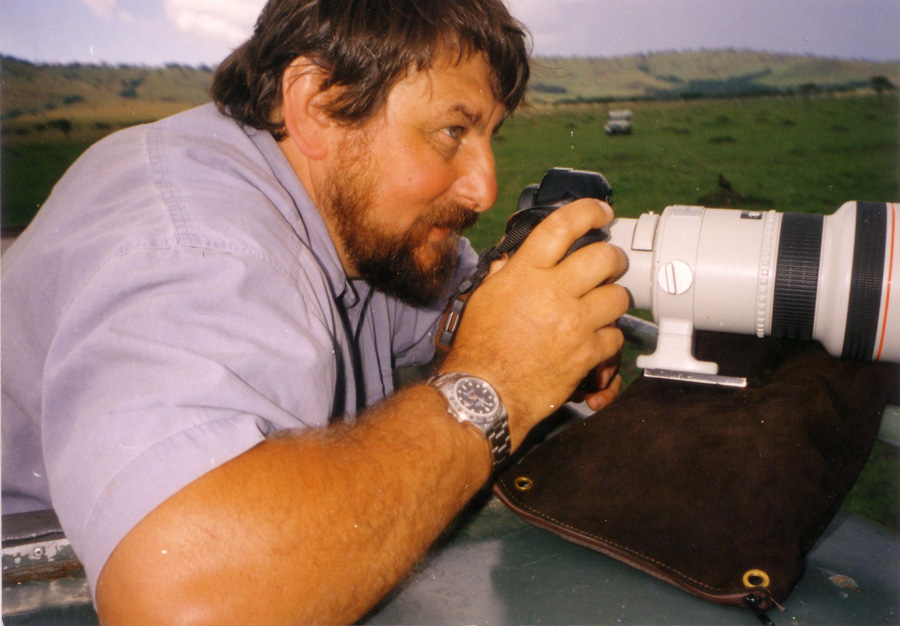 Photographing wildlife since 1968 and have a lot of publications in magazines such as natur, NaturFoto, Das Tier and Sielmanns Tierleben. Also publications in various nature guides, for example about Iceland, East Africa and Northern Europe.

Photo contests:
– Several highly commendeds in the BBC-Wildlife-of-the-Year Contest and one runner up.
– First prize in the category mammals in the ENJ-Contest of the GDT.
– Three times winner of the German Wildlife Photographers contest of the GDT.
– Laureate of the “Fritz-Steiniger-Preis” of the GDT.