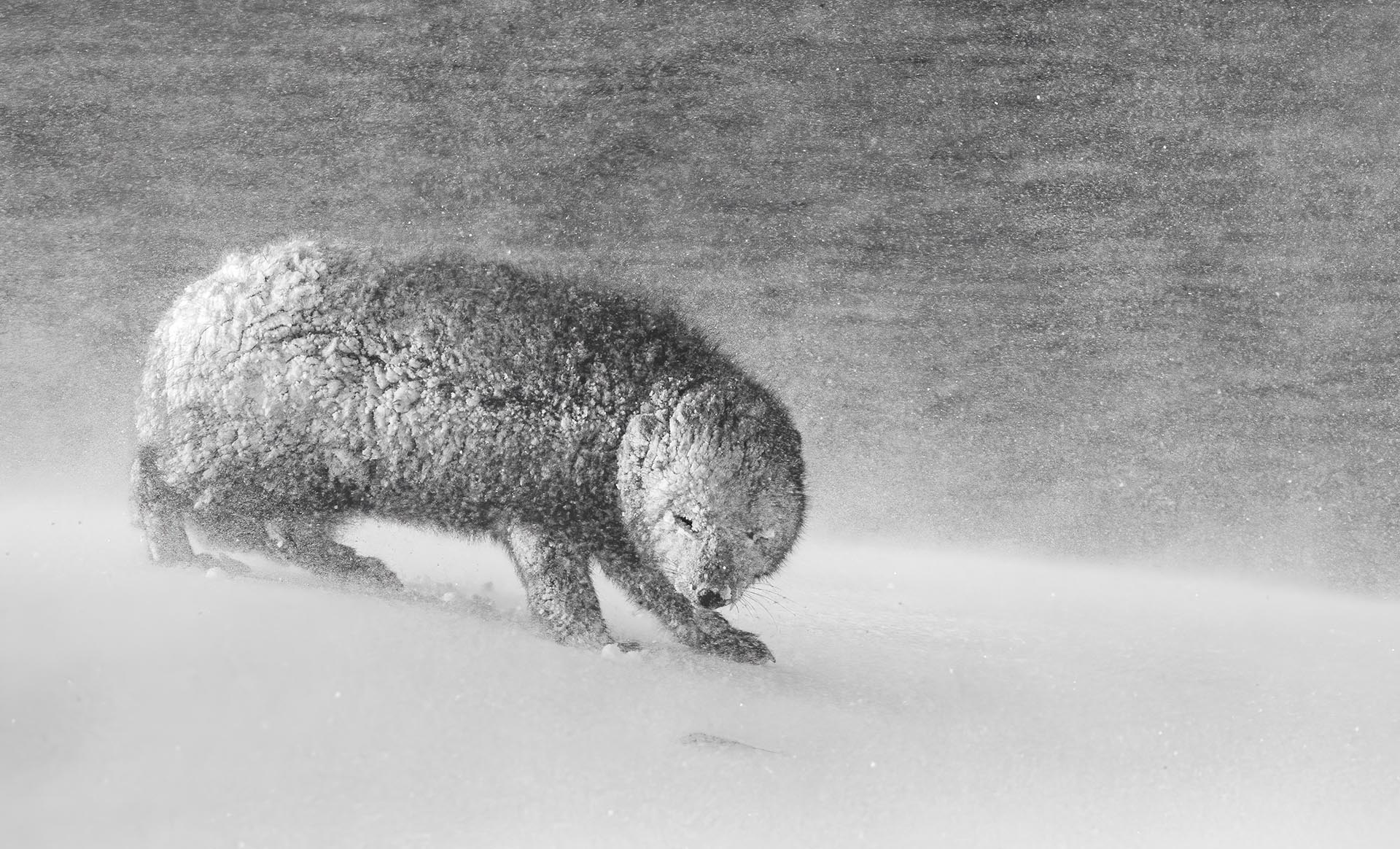 In March 2020 my wife Louise and I took a group of photographers to the very remote Hornstrandir Nature Reserve in the far north-west of Iceland. We sailed across the Atlantic Ocean to reach our destination and spent five days in a rustic cabin as we followed the blue morph Arctic Fox. We experienced some extreme weather and, on this particular day, gale force winds and heavy snow made for a true Arctic blizzard. In fact, visibility became so bad it was a total whiteout and was difficult to see anything.

As temperatures dipped to -22 with wind chill, I watched this female Arctic Fox as it struggled to stay upright. The winds battering its body while the cold saw ice forming on its face. Although Arctic Fox are built to withstand extreme cold, these kind of conditions make it tough for them to find food and each winter the mortality rate hits a peak as some perish.

To capture the emotion and textures in this scene I converted the image to black and white, and I used a narrow aperture of f/22 to bring the heavy snow into view in the background. 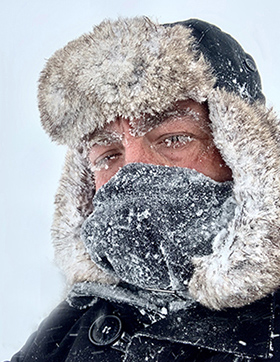 My name is David Gibbon from the UK. I have always had a passion for the natural world, but it wasn’t until 2009 that I first picked up a camera after visiting a local RSPB nature reserve and seeing other people photographing wildlife. Since then I have spent many years following the work of professional wildlife photographers. In 2016 I began to investigate how to photograph the Arctic Fox in Iceland after realising how eager I was to photograph wildlife in snow. I made my first solo trip to the remote Hornstrandir Nature Reserve in 2017 and then from 2018 onwards. I have run annual winter workshops taking groups of other photographers to photograph the Arctic Fox. As my love affair with cold places continues I am planning an expedition to Ellesmere Island in 2022 where we camp wild in Canada’s far north, together with Australian polar photographer Joshua Holko.