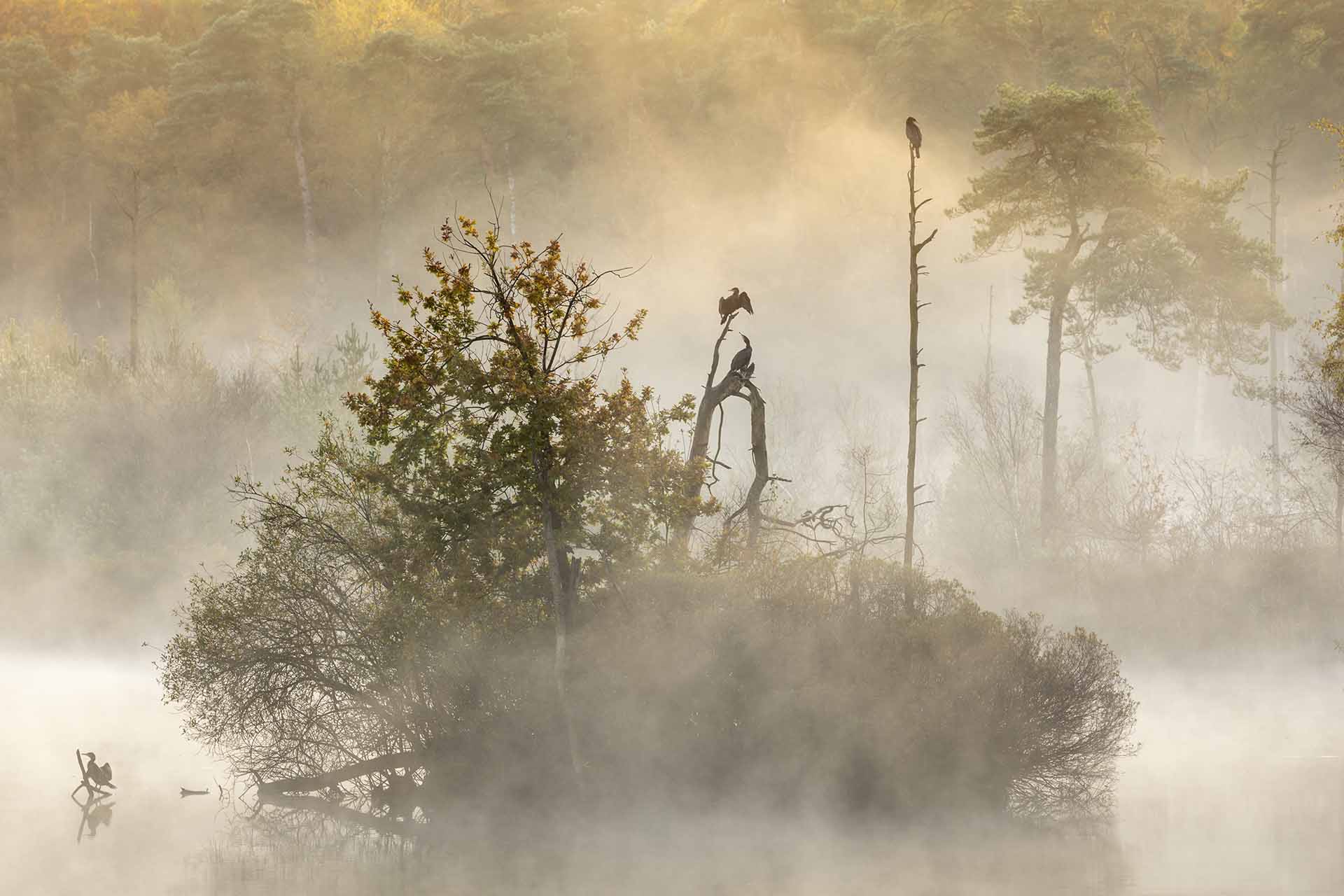 The image was taken in the Oisterwijkse Bossen en Vennen nature reserve, the Netherlands. This nature reserve is close to my house and I have been visiting this reserve for more than 16 years in order to take photos. Many years ago I became NVN nature photographer of the year by coincidence. I achieved this with an image of another island in the same fen where this photo was taken. Normally in autumn many cormorants will visit this fen in the early morning.  Mainly to dry their wings in the first sunlight after fishing. I had this image in my head a long time ago: several cormorants sitting in the trees on the small island on a misty morning while the first rays of the sun break through the mist.. But the image eluded me for years: sometimes the birds were not there, sometimes the light was not good enough, sometimes the trees were lacking leaves, leaving them too bare. Finally in november 2019 it all came together: amazing light, four cormorants posing perfectly, autumn colours and just enough mist on a windless morning. 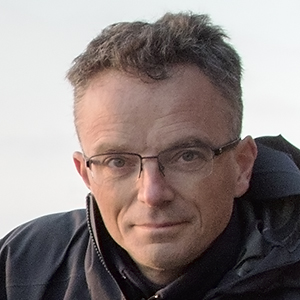 I have been photographing nature and wildlife for almost 25 years now. In the beginning it was mainly hobby, a distraction from my job as an anesthesiologist at the Jeroen Bosch hospital in ‘s Hertogenbosch in the Netherlands. Slowly but certainly I tried to achieve better results, mainly through choosing particular subjects and then working on that subject for a longer period of time. In that way my images became successful in national and international photo competitions like Asferico, Wildlife photographer of the Year, Natures Best, AFPAN, Glanzlichter, GDT European Wildlife Photographer of the Year, International Wild Bird Photographer of the Year, et cetera.
My images and stories have been published in Magazines and newspapers like BBC Wildlife, Roots magazine, Terre Sauvage, Nat’Images, Camera Natura, Naturfoto, Volkskrant, Geo, et cetera.
I am represented by two photo stock agencies:  the Nature Picture Library in England and Nature in Stock in the Netherlands