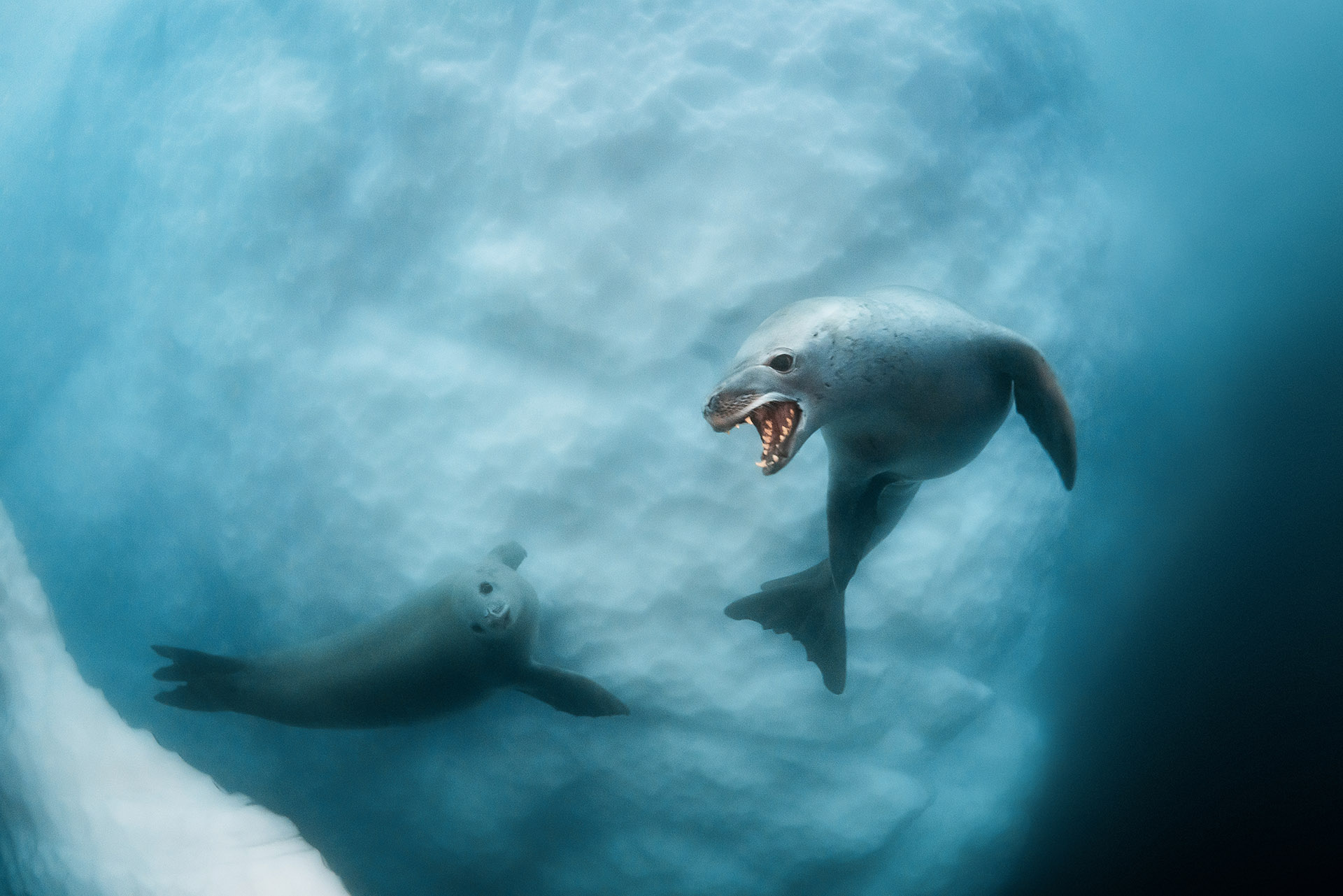 One fine day of our Antarctica trip we were diving next to a beautiful iceberg. Our expedition was coming to an end, and we already made nice leopard seal’s shots, which was our main target. I didn’t expect much from this dive – the weather got worse and there were no animals around. So, our plan was just to make some underwater pictures of each other next to an intricate ice formation.

In the middle of the dive my strobes ran out of batteries, and I switched to static lights. Just minutes later I saw two Crabeater seals making circles around us and coming closer and closer. They were in very playful and curious mood and I’m very sure they were attracted with those lights. Then one of the seals showed me teeth, it looks a bit scary on the picture, but I’d consider this gesture as a sign of curiosity and excitement. 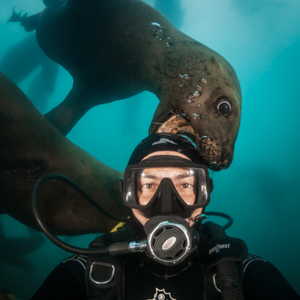 Dmitry is a passionate wildlife and underwater photographer based in Moscow, Russia.
I try to capture ‘decisive moments’ in nature and show wildlife contextually in its environment. I enjoy the process of trying to create memorable and beautiful pictures and I hope that they will inspire people in some way to care about and conserve the natural world.
I’m traveling the farthest places and diving the deepest seas to find things that inspire me, to find nature’s emotions, which I’d love to share with people.