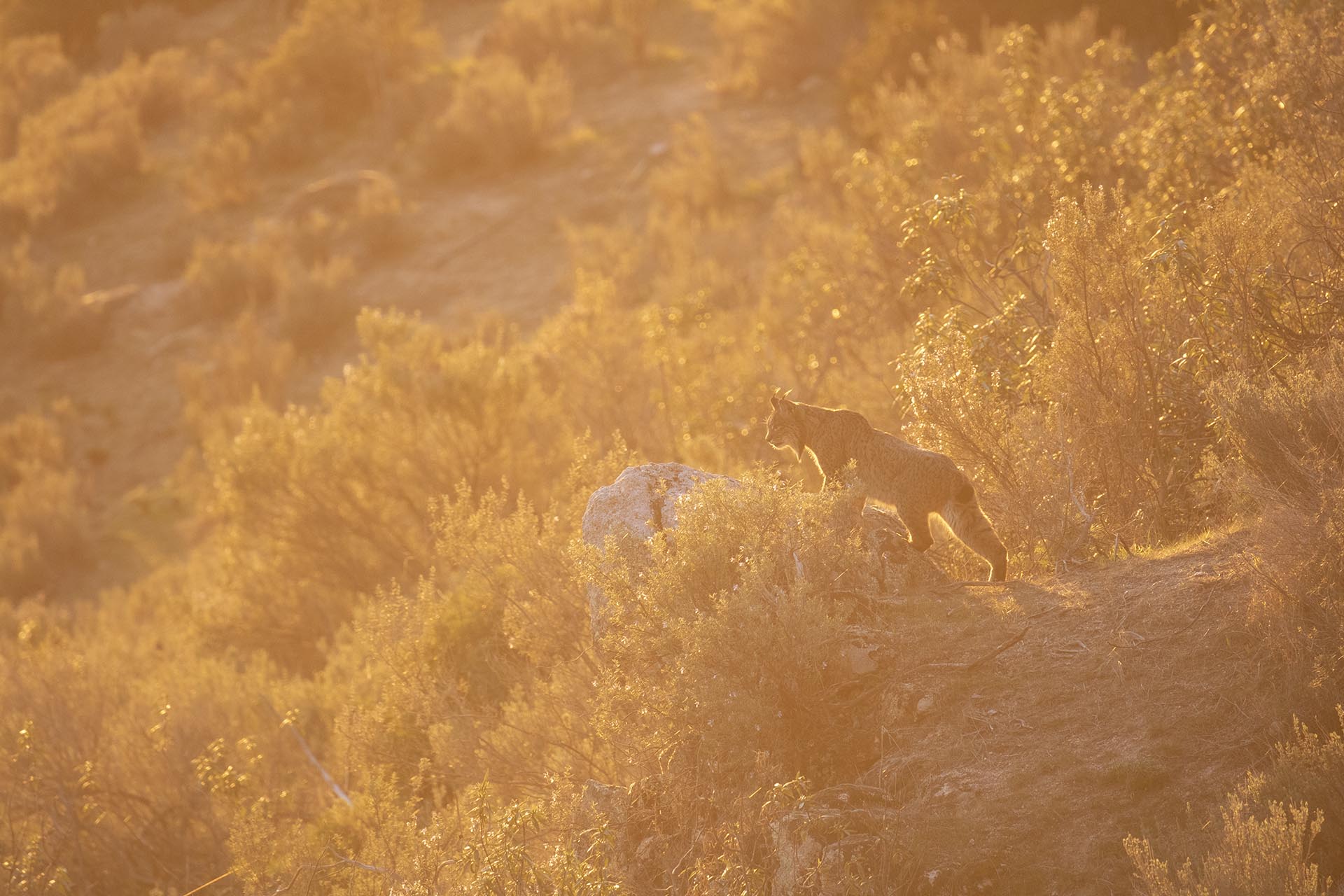 I was on a road in the Sierra de Andújar (Jaén) Spain, when suddenly the Iberian lynx (Lynx pardinus) appeared amid the bushes. He stopped several times to sniff and mark its territory. Later he walked until he stopped on a rock resting his legs on it. Although he was facing the sun, I was able to focus well and take the backlighting photograph.

The photo is taken in January 2020 when they are in heat. 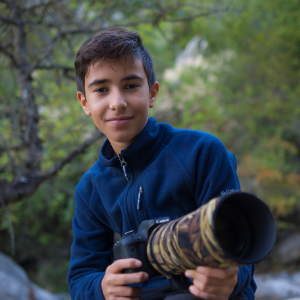 I’ve been doing photography for three years now. This year I became Bird Photographer of the Year 2020. I really like to travel. My father is fond of photography and takes me to some places in our environment and sometimes we take advantage of trips to take photos. I would like to know many more places to photograph new species.