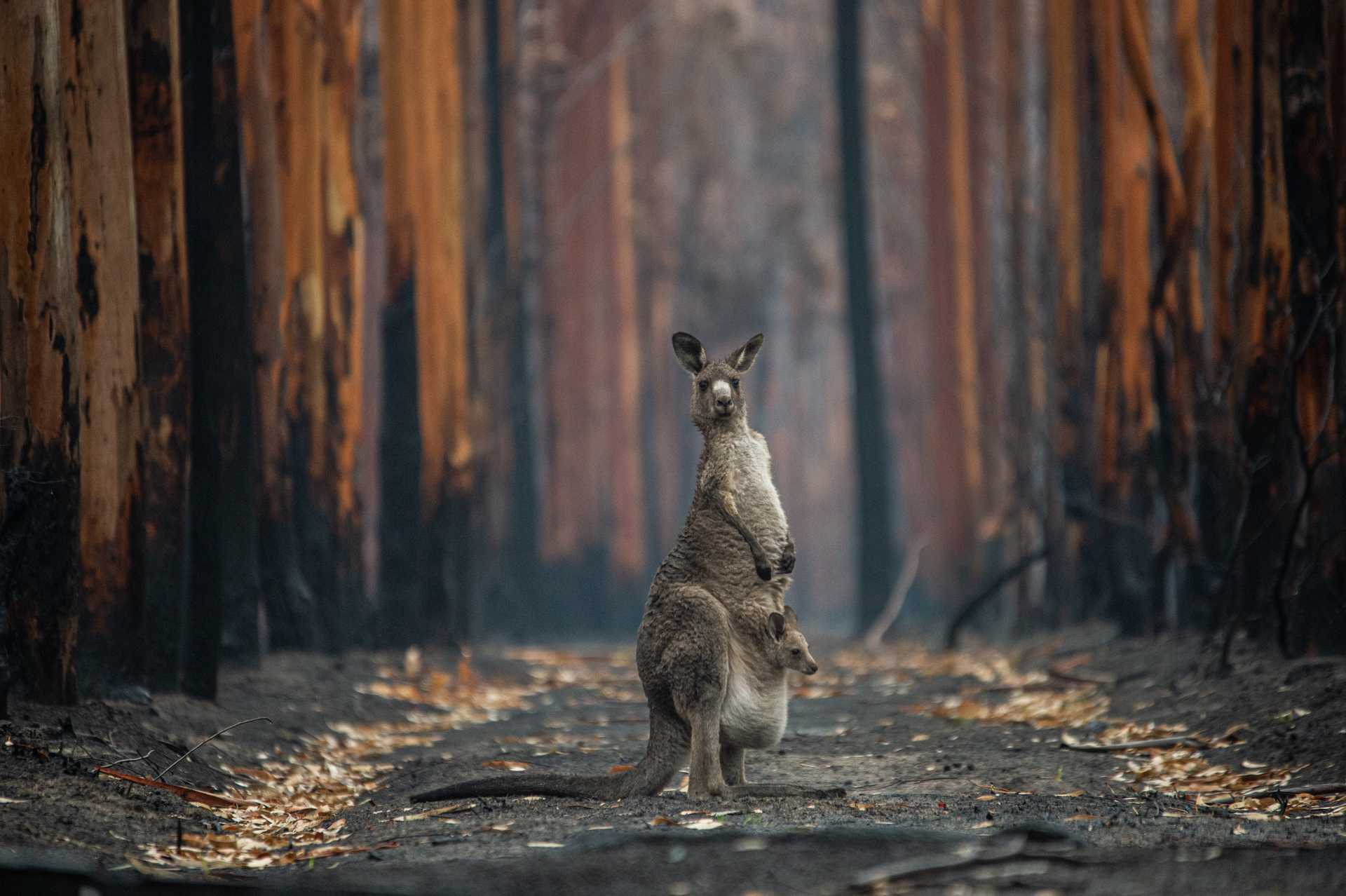 As the Australian climate fires raged, I knew that it was a story that I had to document. Specifically the stories of the animals, both domestic and wild, who were suffering and dying as a result of the fires. When the decision was made, I was on a plane less than 24 hours later.
Flying in over Australia, I could see a continent smothering in smoke. I spent two weeks working very long hours with a wonderful team to gain access to the burn sites, the rescues, the veterinary missions. It was an honour and pleasure to partner with the organization Animals Australia, who were instrumental in providing access to where I needed to be.

This photo was taken in Mallacoota, Victoria. Interestingly, this is the very small town where my father, an Australian, was raised. I even met one of his childhood friends, who was helping provide space for wild animal feed which was being delived to animals in the area who were at risk of starvation during this catastrophe.

When I saw this Eastern Grey kangaroo and her pouched joey, I was abut 100 feet away from where I knew I’d be able to get a fantastic photograph. Any photographer can imagine how long those moments were, as I walked slowly to the spot I knew I needed to be, in order to get this shot. I walked slowly and she watched me. I prepared my camera with the settings I wanted and finally reached my spot. I took a few photos. Then I had time to crouch down and take this photo, the one I had envisioned. Then…she hopped away into the burned eucalyptus plantation. She was one of the lucky survivors. An estimated 3 billion animals died from these cataclysmic fires. 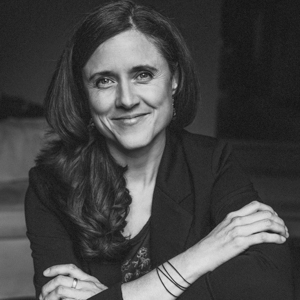 Jo-Anne McArthur is an award-winning photographer, author, and sought-after speaker. Through her long-term body of work, We Animals, she has documented our complex relationship with animals around the globe. Since 1998, her work has taken her to over sixty countries. In 2019 she founded We Animals Media.
McArthur’s books include We Animals, Captive, and HIDDEN: Animals in the Anthropocene. McArthur was the subject of the critically acclaimed 2013 documentary The Ghosts in Our Machine, which followed her as she documented the plight of abused and exploited animals and advocated for their rights as sentient beings.
McArthur’s photography and writing has been published extensively and globally. Her images have been used by hundreds of media outlets as well as organizations, publishers and academics to advocate for animals.
Recent awards include 2019 Wildlife Photographer of the Year, photojournalism category; Italy’s Festival of Ethical Photography award, Single Shot; Austria’s Alfred Fried Peace Award in 2018; and the 2017 Wildlife Photographer of the Year, People’s Choice category.
McArthur speaks internationally at schools, universities, and conferences on the subjects of photography, the human-animal relationship, social change, and empathy. She was a visiting scholar at the University of British Colombia’s Faculty of Creative and Critical Studies.