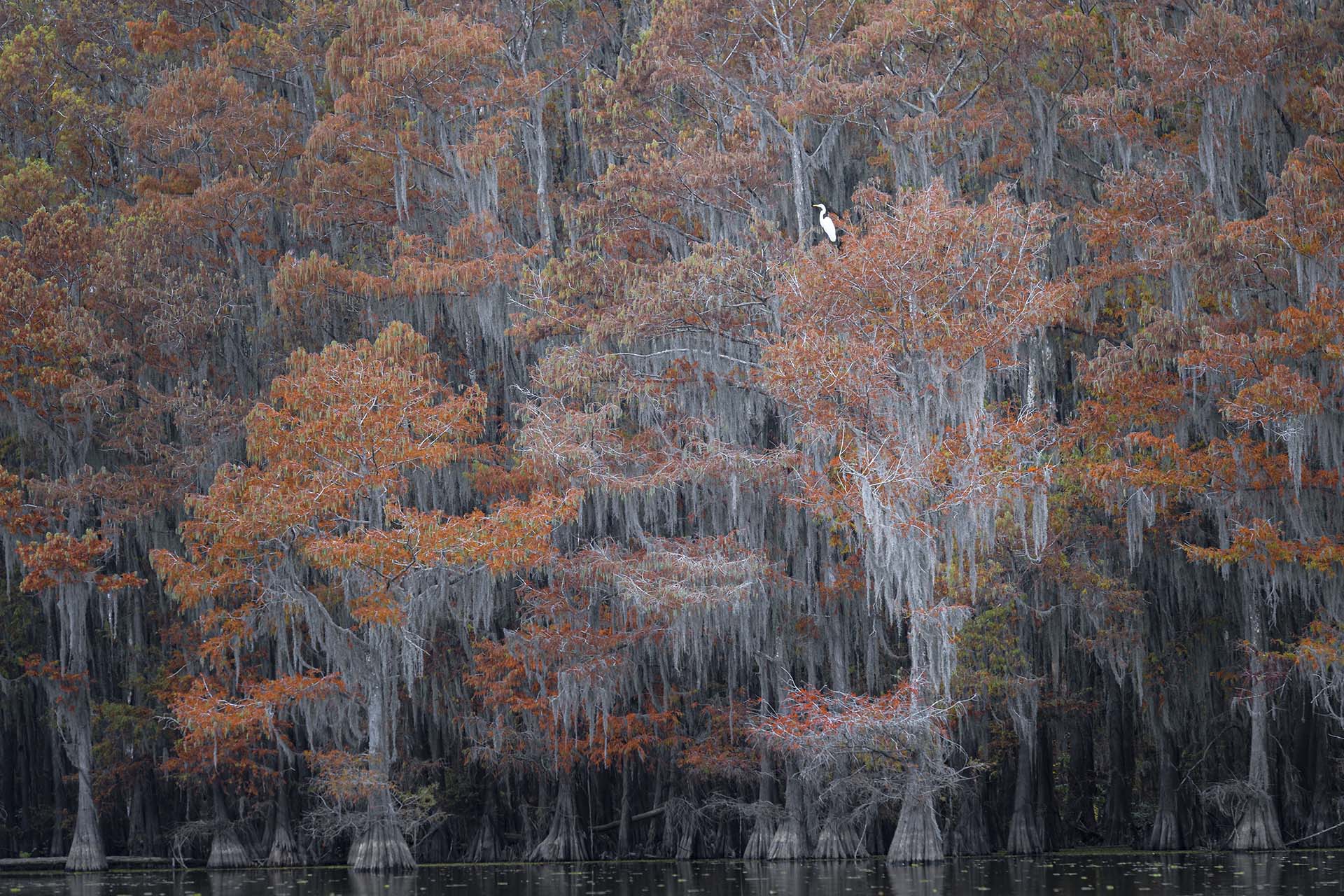 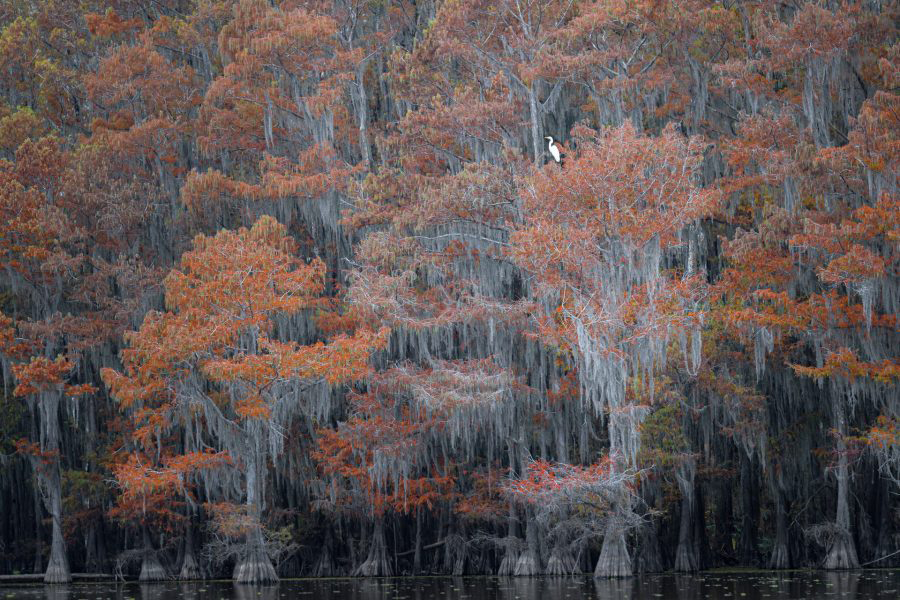 I spent a week kayaking the Atchafalaya Basin of Louisiana, USA. I was there to photograph the beauty of the cypress swamp in fall colors. It did not disappoint. The morning that this image was taken, the sky was overcast with occasional light rain. This made shooting at higher shutter speeds from my kayak difficult.

As I kayaked this lake lined with brilliantly colored orange and red fall colored cypress trees, I could see the occasional Great egret (Ardea alba) flying about looking for fishing locations.  The birds appeared cautious as I attempted to paddle closer, usually flying off even though I was still several hundred yards away. I gave up on any chance to photograph a bird fishing with the backdrop of the colorful foliage and shifted my attention to finding a bird perched in the trees. When I finally noticed an egret land high in a cypress tree, I began paddling towards it. So as not to frighten the bird, I kayaked across the lake in a zig-zag pattern, making sure never to paddle directly towards it. It was striking to see how the bird stood out like a white beacon in a sea of orange and red.

It quickly became apparent to me that the image I was looking for on this morning  was one of a majestic lone egret in the distance standing tall among the massive cypress trees.

As a veterinarian, it seems fitting that the primary focus of my photography has always been wildlife.  In general, I am not a particularly patient individual, however as a wildlife photographer I seem to have infinitive patience to sit and wait for my subject to appear.

In addition to topside photography (i.e. above water), I became a certified scuba diver about a decade ago in order to photograph the incredibly unique, varied and beautiful subjects underwater.

Bears are one of my favorite animals to photograph on land while sea turtles are among my favorites underwater.