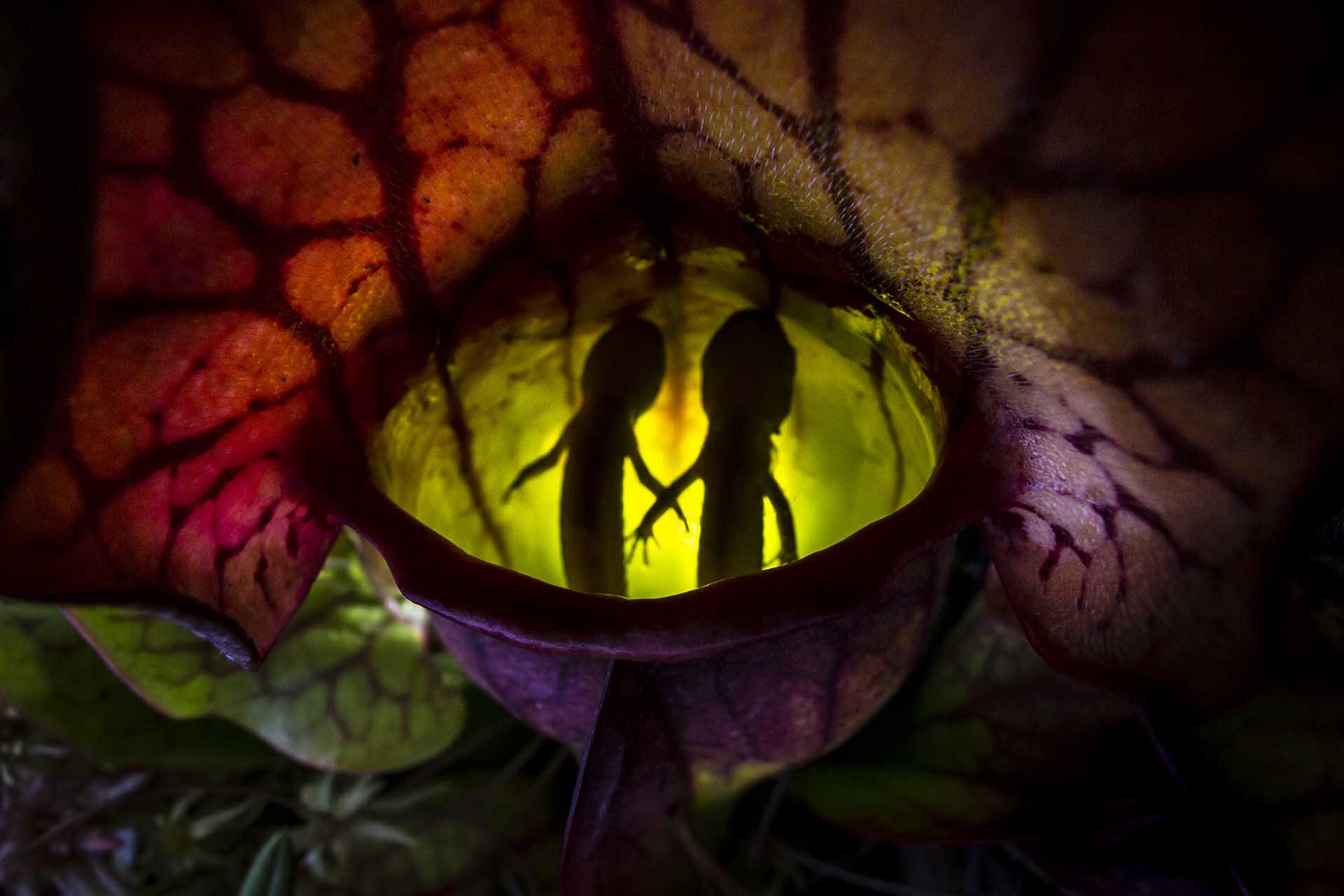 Northern Pitcher Plants (Sarracenia purpurea) have evolved to be carnivorous to survive in bog environments that lack nutrient-rich soil. These plants trap invertebrate prey (such as moths and flies), in their bell-shaped leaves that fill with rainwater. But recently researchers at the Algonquin Wildlife Research Station discovered a new item on the menu for a particular population of these plants in Algonquin Provincial Park: juvenile Spotted Salamanders (Ambystoma maculatum)! This is the first account of Northern Pitcher Plants regularly capturing a vertebrate prey. These juvenile salamanders are a massive source of nitrogen compared to the plant’s typical prey, and researchers continue to investigate what this ecological interaction means for both the plants, and the salamanders.

On the day I made this image, I was joining the researchers for their daily survey of the plants, as I had done many times before. When we found this pitcher with two salamanders trapped simultaneously, both at the same stage of decomposition and floating on the surface of the fluid, I knew it was a special and fleeting moment. When we returned the next day, both salamanders had sunk to the bottom of the pitcher.

Thank you to the Algonquin Wildlife Research Station for continuing to recognize the power that visual storytelling has to communicate science and for facilitating my work, and to researchers Patrick Moldowan and Amanda Semenuk who graciously continue to let me follow them as they work on this study. 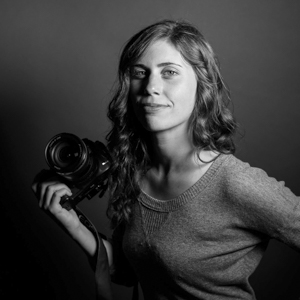 Samantha Stephens uses photography paired with compelling written narratives to communicate scientific research, especially when that research is relevant to conservation issues. She hopes to foster appreciation for the natural world and the work that helps us understand and protect our shared planet. Samantha is trained as a biologist and is a graduate of the Environmental Visual Communication program offered by the Royal Ontario Museum and the Fleming College School of Environmental and Natural Resource Sciences. She is a National Geographic Explorer, a Girls Who Click Ambassador, and a contributor to The Canid Project. Recently, she has been working as a photojournalist-in-residence at the Algonquin Wildlife Research Station. When Sam is not following scientists in the field with her camera she is based in Ottawa, Canada.