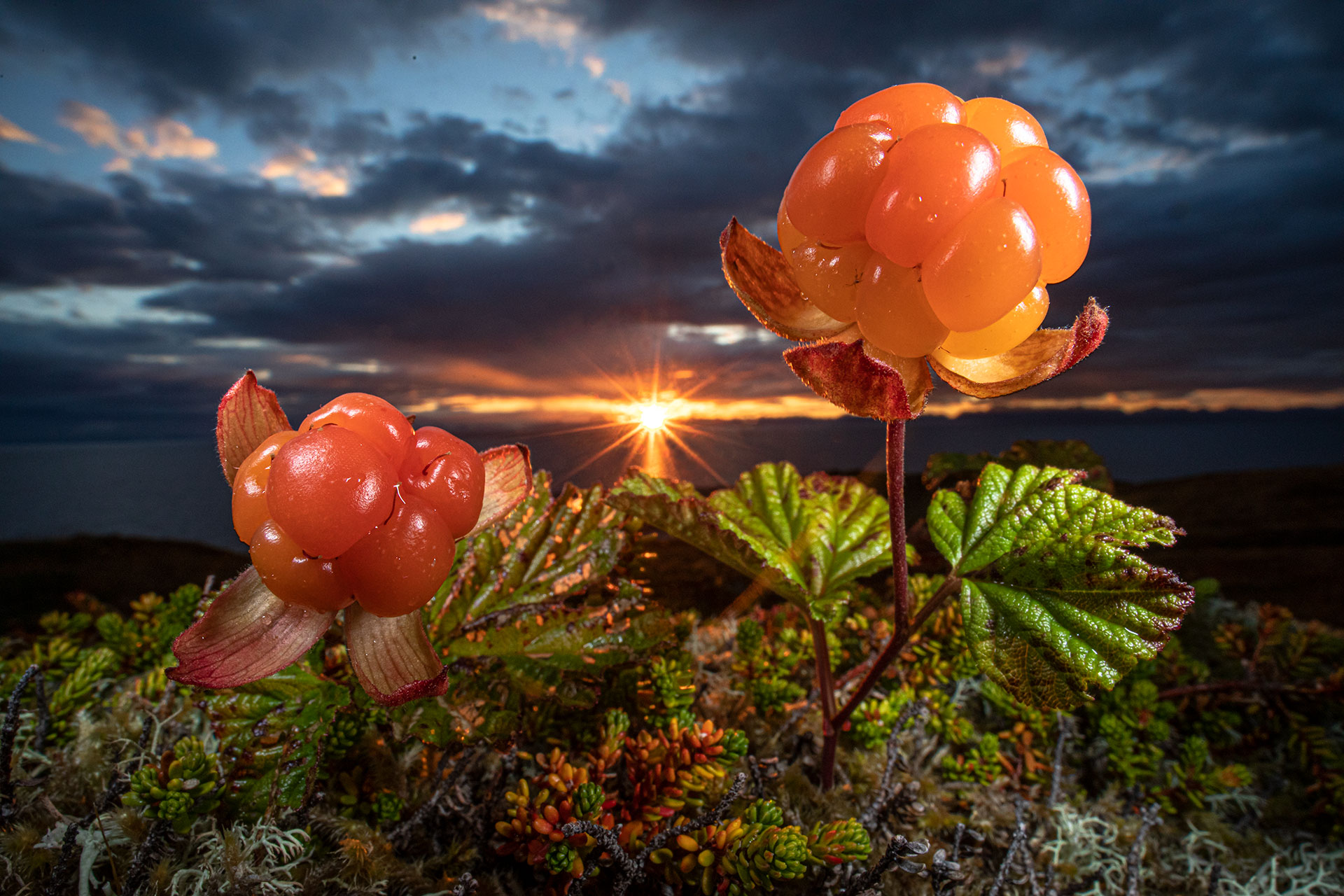 Cloudberries are a circumpolar boreal plant, occurring naturally throughout the Northern Hemisphere. In Europe, they grow mostly in the Nordic countries where they are a highly regarded delicacy, often termed the eatable Arctic gold. In earlier times people were protecting their berries in every possible way on their properties and always kept it a secret where they could find them. This is still the case today, but usually in a more civilized way than in previous times…

Despite great demand as a delicacy in the Nordic countries, the cloudberry is not widely cultivated and is primarily a wild plant. In the inland they are usually found up in the mountains and highlands, but at the coast of Northern Norway you can find them all the way down to sea level, as here, on a remote island in the Vestfjord close to Lofoten. Because of the light summer nights in the north, you may pick them also at night, like in this picture. I personally love the taste of these berries, my absolute favorite, and they were all eaten after this picture was taken!

There is no other special relevant information about the photo, rather than using two plaches and a macro wide angle lens.

Growing up in a small fishing community in northern Norway, Audun has a lifelong fascination with the Arctic’s rough nature and culture, both above and below the ocean’s surface. Photography for him is about sharing his fascination of the Arctic coastline through the revelations of new and unusual perspectives. Since he started photographing in 2009, his images have won several awards, including several first places in the Wildlife Photographer-contest, the overall winner of 13 international photo competitions, including the European nature photographer of the year (GDT), Fritz Polking award, Nordic Nature photography competition (three times), The Nature’s Best contest, Oasis, SIPA, Arctic Photographer of the year (two times), Norwegian championship in nature photography, and other firsts places in several international competitions. While he remains a part time photographer, he works fulltime as a professor of biology at the University of Tromsø.