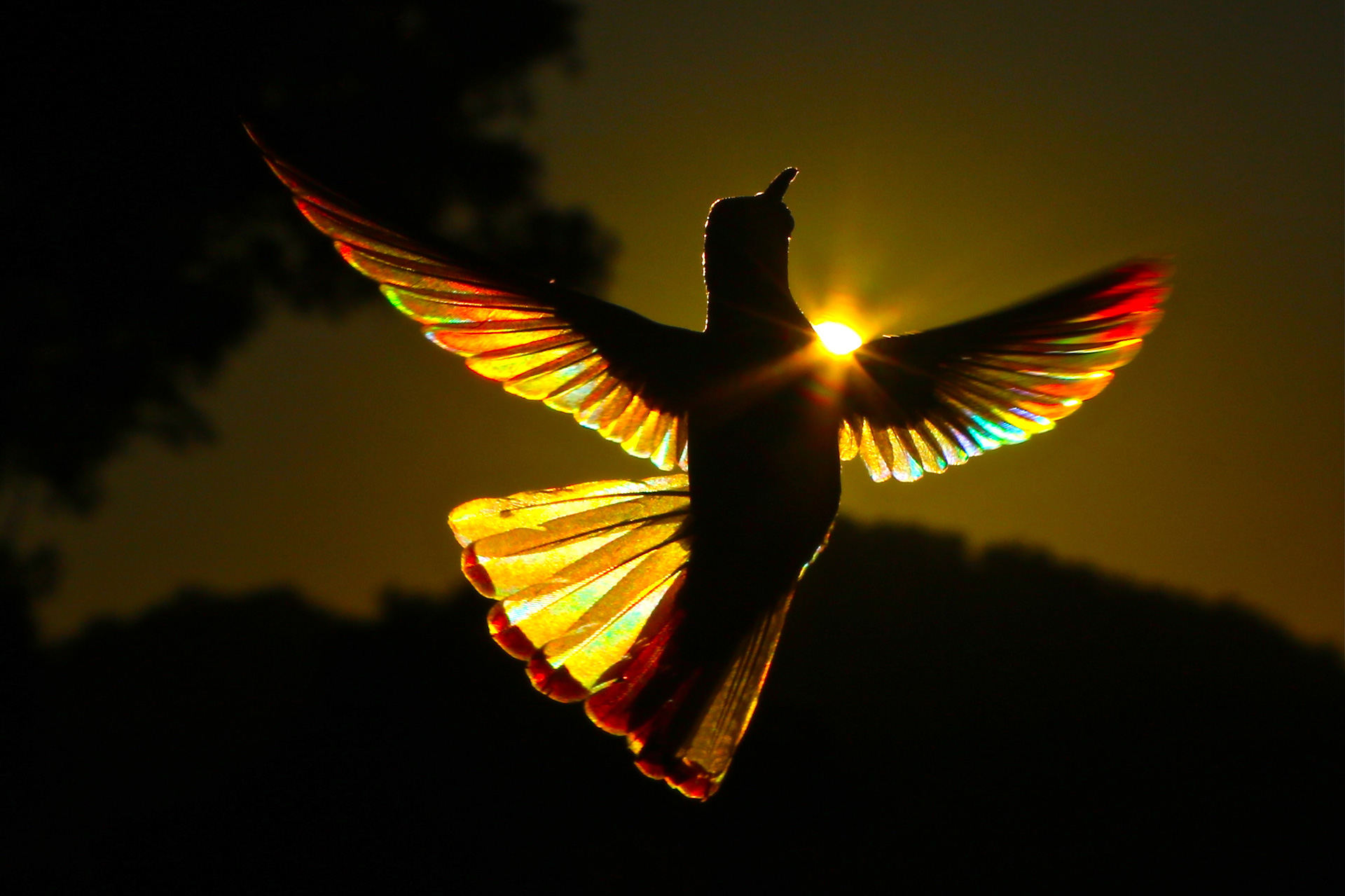 The photo SUNDANCE is part of a collection or series called WINGED PRISMS.

A Black Jacobin hummingbird  hovers in front of the sun in the Atlantic rainforest in Brazil. As the sunlight penetrates the wings it creates a prism effect filling the feathers with rainbows.

This is a natural effect and contains no digital manipulation and cannot be seen with our eyes.

I discovered this  natural phenomenon in 2011 while I was making a film THE DANCE OF TIME.

The film opens with the scene of the hummingbirds in front of the sun in slow motion,

revealing the secret of the rainbows. The film went on to win 11 awards.

While trying to make a photo for the DVD cover I took most of the photos with the same effect, which went on to become the series WINGED PRISMS. 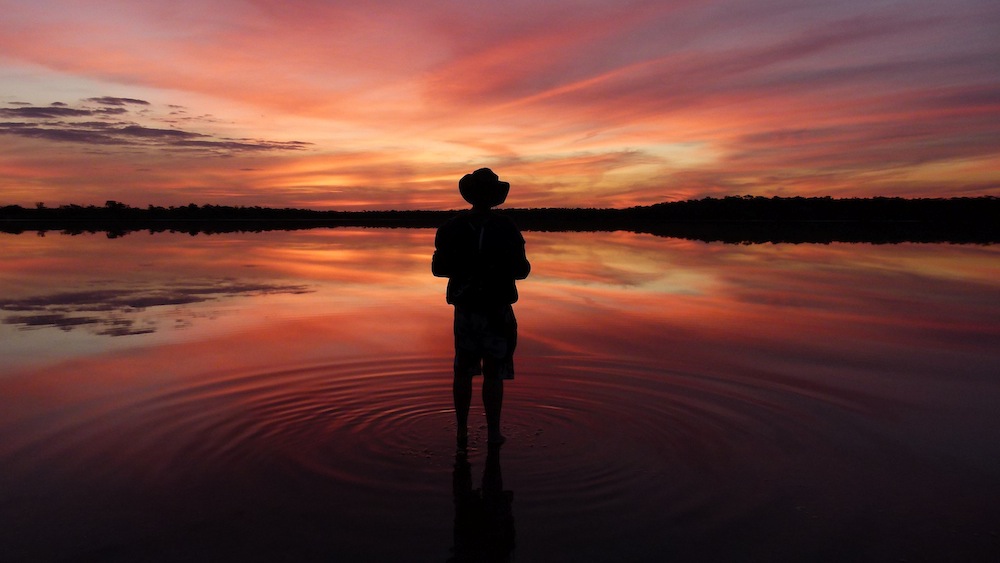 Christian Spencer was born in Melbourne, Australia, in 1977.
He is a professional artist, filmmaker and photographer.
Since 2001 he has spent long periods in Brazil, exhibiting his paintings and going on to win 19 international wards for his artistic documentaries on nature.
Recently Christian has been awarded many prizes in international photo competitions, being “Highly Commended” at the Wildlife Photographer of the year 2021, winner in the Australian Geographic Nature Photographer of the Year 2021 in the “Animal Habitat” category, winner in the Tokyo Photo Awards 2020. He also won the best overall photo 2014 and 2015 in the Ecological Society of Australia Photo Competition, was winner in World Meteorological Organization photography awards and won Best photo award in the Canon College photography competition in Brazil in 2017.
In this 25 year career Christian Spencer has used the canvas, film, music and photography to support his unique art, a representation of the abstraction that he sees in nature, capturing the inter-relationship between the micro and macro, “the invisible orchestrated cosmos”