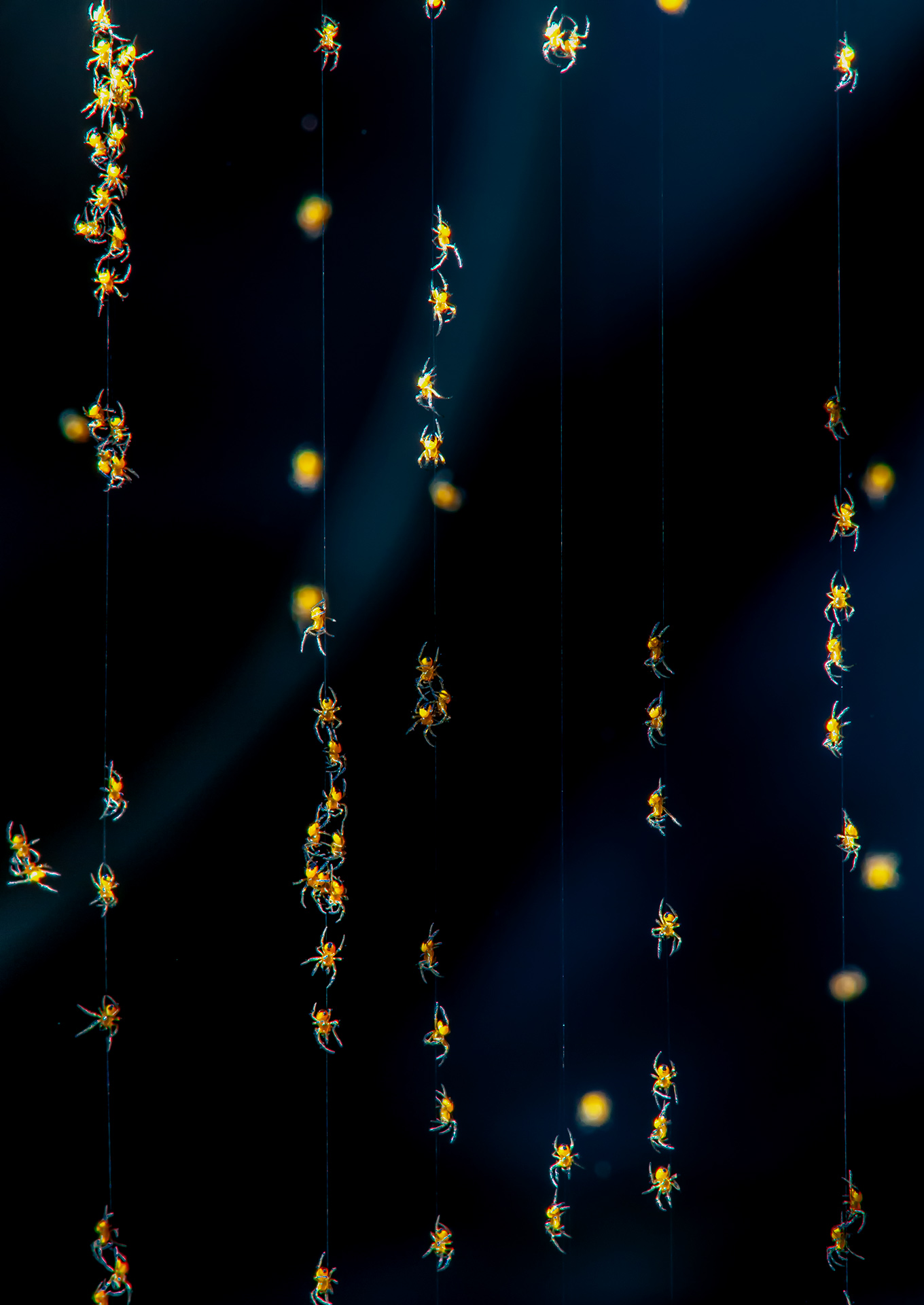 Name: Csaba Daróczi
Picture title: We are hanging on the web
Category: Other animals
Nationality: Hungary
Occupation: I’m a teacher

This picture has an interesting and funny story. One afternoon, my wife wanted to go to the store by bike. She hasn’t used her bike in a long time, it’s been in the garage. When she went in there, she came out screaming that her whole bike was covered in spiders, and I had to do something about it. I thought it was a bit of an exaggeration, but of course I came to help her. Of course, only the spiders were true from the story, there was an egg lump in the basket of the bike, and that’s where the small spiders were hatched.

I thought it might be a good photo topic, so I suggested she could drive instead of taking the bike. Since it was pretty dark in the garage, I could only take pictures with a flash. I took a lot of pictures of it, but I was not satisfied, there was always something disturbing about the compositions. At some point the spiders wanted to escape, they released a thread and descended from the basket. Now, that was an interesting scene and it happened very quickly, but I finally managed to take this picture. By the time my wife got home, the bike was spider-free. 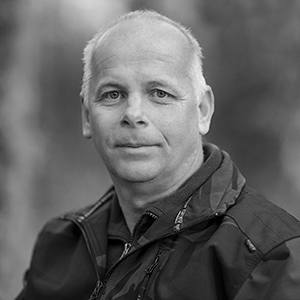 I was born in 1969 and I am living in a small town named Soltvadkert (Hungary). I am a teacher in Geography and Physical education in the local school. I started with photography in 1992, my favourite is nature photography, but I am also interested in other areas of photography. I take my pictures mostly in my vicinity, only a few times I travel further for taking pictures. Fortunately my town is located in one of the nicest areas of the country so it is easy to find nice pictures. Until now I was five times the Nature Photographer of the Year in my country.