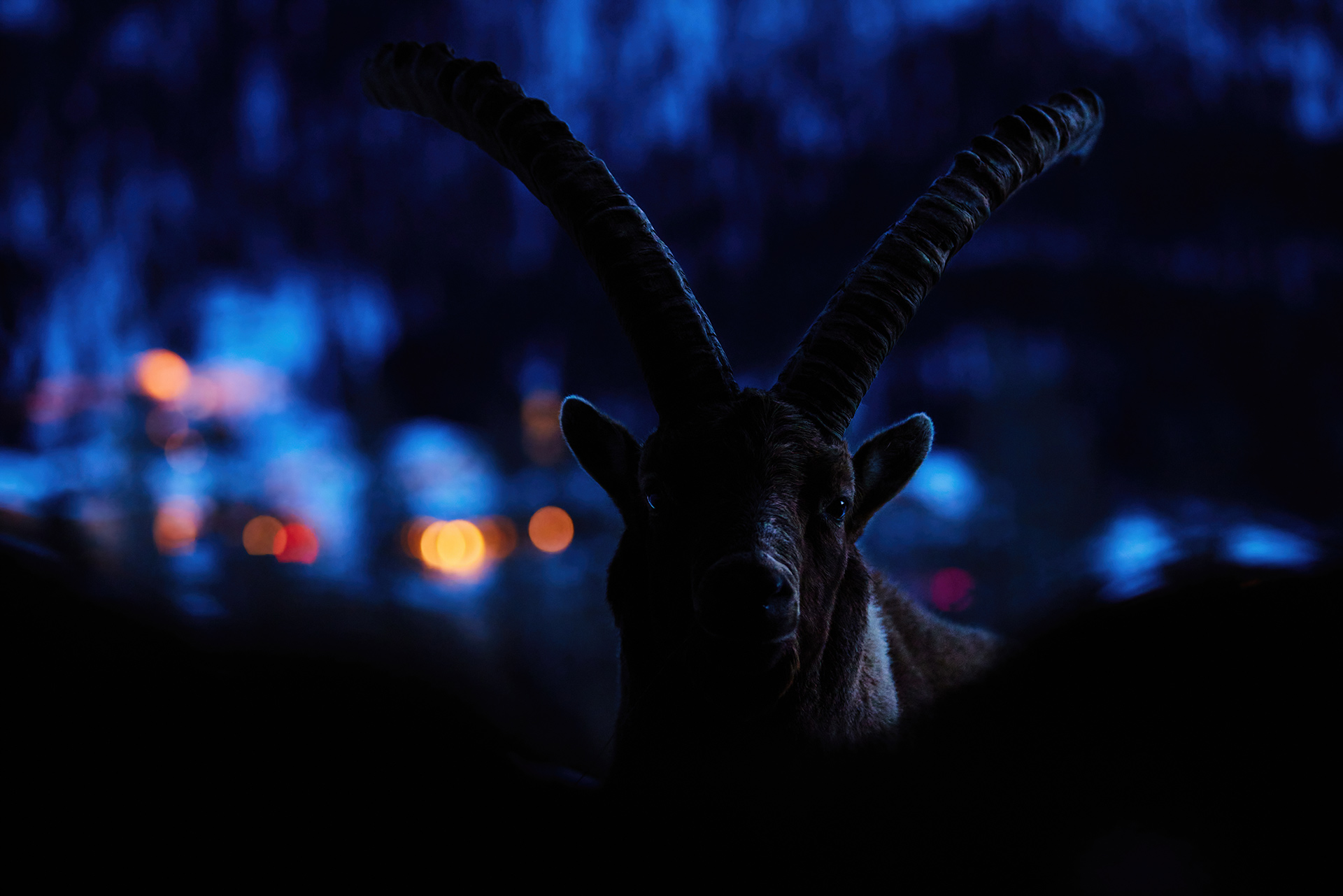 Alpine ibex (Capra ibex) fascinates me with their stunning climbing abilities and ability to endure very harsh weather conditions high up in the mountains, even during the winter when temperatures drop down below -20°C. Unfortunately, they were intensively hunted, which almost led to their extinction with only a few individuals left in the Italian Alps. Their reintroduction to Switzerland at the beginning of the 20th century was an early and “successful” part of nature conservation in Switzerland, although genetic diversity is very limited because only few individuals have survived.

Last winter, I spent many days hiking and searching for Alpine ibex, usually without good photo opportunities. Sometimes it was just a matter of meters that were missing to realize the photos I imagined, as two days before I took this photo: the ibex stood in a depression, making it difficult to take photos. I used this opportunity to study their behavior. So, two days later when I encountered them again, I could anticipate their movements and guess where I would have a chance to wait for the Alpine ibex to pass by. The light was vanishing rapidly and from my position with a very limited view I couldn’t see any ibex for quite a while. My tension increased whether the ibex would pass by where I expected it or whether I was waiting at the wrong spot…

Suddenly the massive horns appeared in front of me. I looked with excitement through the viewfinder, the lights of houses further away were visible. After countless hours in the cold, I finally got the possibility to realize a photo of an ibex I dreamed of, indicating the contrast between the warm and cozy human houses and well-adapted alpine mammals, equipped with thick fur to endure the harsh weather. 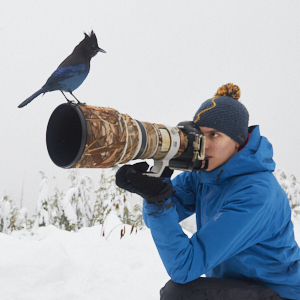 Flurin Leugger (born 1995) is a Swiss environmental scientist and nature photographer. He has been a passionate wildlife photographer for 10 years, mainly focusing on birds and mammals. Flurin hopes to convey his fascination for nature with his photographs, thereby raising awareness for nature’s fragility and the need for conservation.