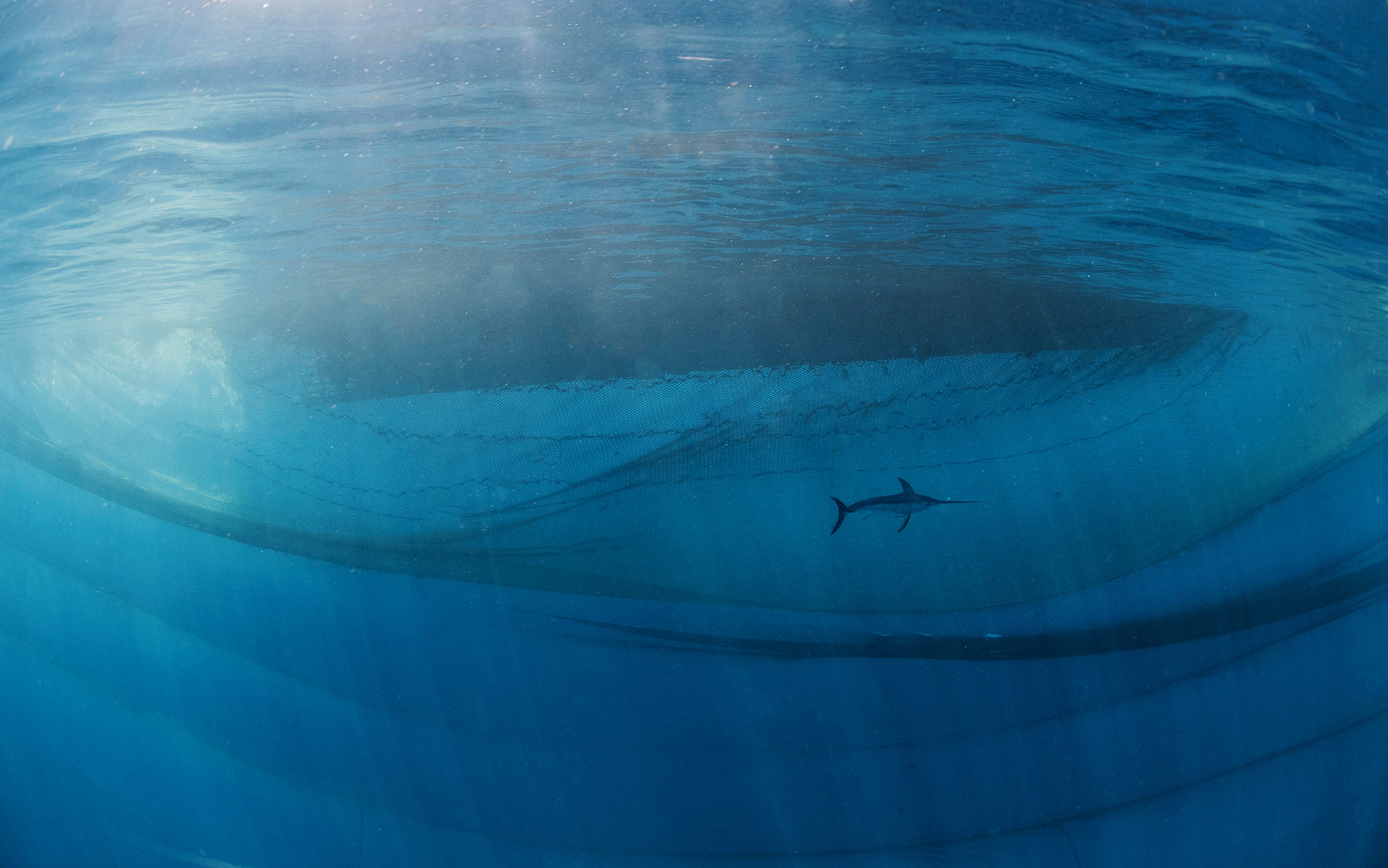 WINNER HUMAN AND NATURE
Javier Murcia | The king of the ocean

The image shows a juvenile swordfish (Xiphias gladius) inside the labyrinth that forms “the Almadraba”, an ancient fishing art (used since the times of the Romans and Phoenicians) that is currently used to catch large pelagic fish, such as tuna. La Almadraba is located on the southern coast of Spain, in a small fishing village called “La Azohía”. It is the last of the “The Almadrabas” in the Spanish Mediterranean.”The Almadraba” is formed by a labyrinth of large nets placed in strategic places where the large fish of the “Scombinados” family pass to reproduce.

It is a very selective and harmless fishing gear where fishermen fight hand in hand with large fish. Every year a diver in fishing gear is able to capture the work of man with nature. I really like conservation and fish photography.

The swordfish swam tirelessly and, felt cornered, accelerated at high speed and made sharp turns. It is a potentially dangerous species due to its “sword” and its size. I could only take about 20 pictures because the animal was very nervous and in danger. 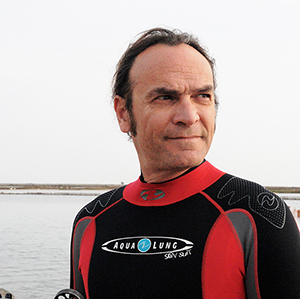 I was born in Cartagena, a small city bathed by the Mediterranean Sea and located in the south-east of Spain. My love for photography comes from the love I feel for marine fauna (and in general for any animal or plant). I started diving when I was only 5 years old and I always enjoyed the marine fauna a lot.

Over the years I have seen how marine ecosystems have been destroyed. I believe that conservation photography is a fundamental tool for raising awareness among the population, especially the youngest. The seas and oceans of the planet are increasingly affected by pollution, overfishing and other negative factors. I believe that via my photography I can show the world what is really happening.

I like my images telling a story, I love photography to convey something. As a great lover of marine biology (I have been reading books on marine fauna and nature since I was very young) I like photography of animal behavior and nature conservation. I like to observe, spend many hours studying a species to be able to take impressive images. There are hundreds of hours waiting, but it is always worth it!