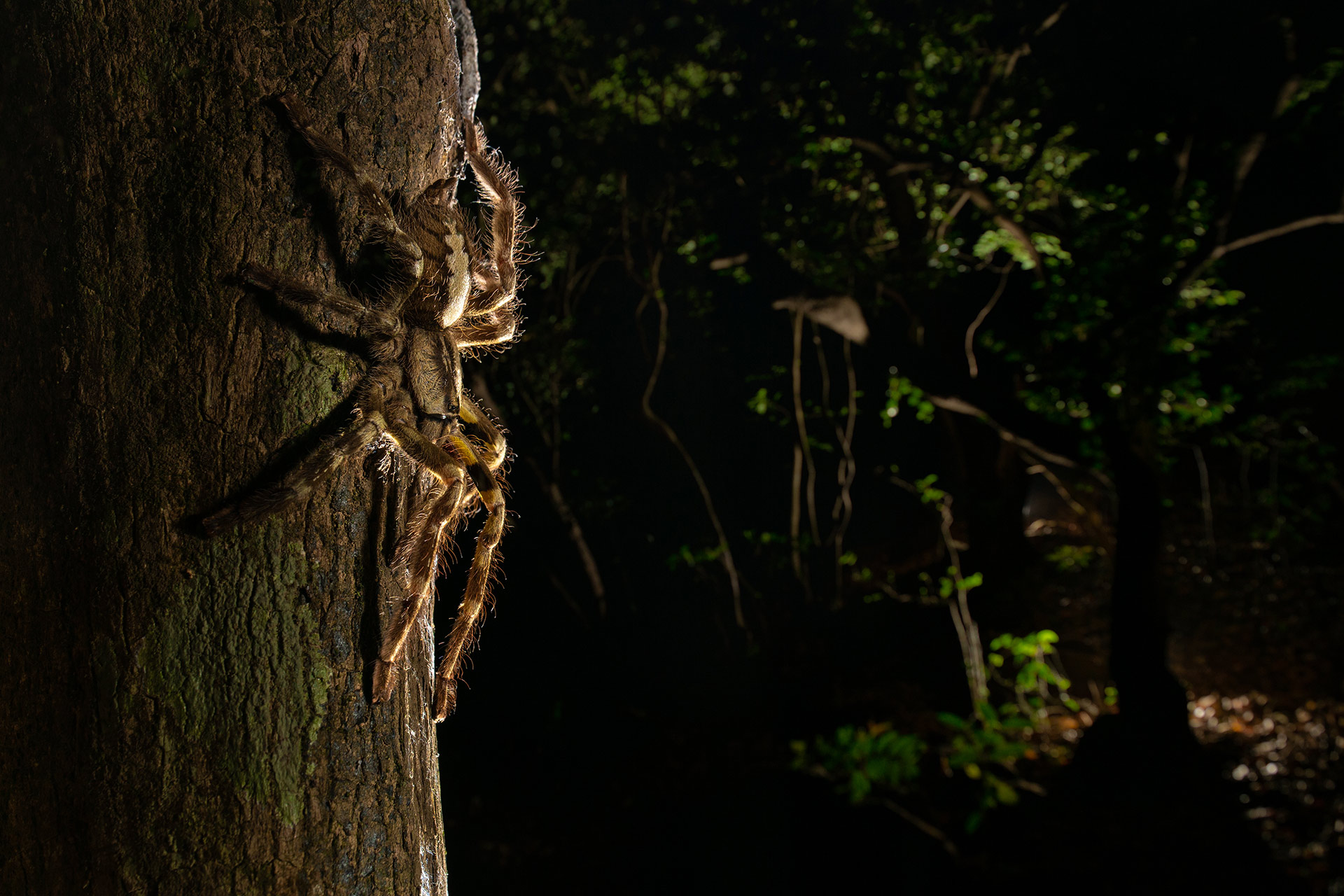 The Indian Ornamental Tarantula (Poecilotheria regalis) is a species of arboreal tarantula and is found in parts of India. The common name for this spider is Indian ornamental tree spider. It is a pretty big Tarantula with a leg span exceeding 7 inches sometimes. Poecilotheria regalis is a popular pet among tarantula enthusiasts. Despite its speed and potent venom, this tarantula is often sought for its distinctive appearance. As with most other tarantulas in captivity.

I was on a night trip with my friends and fellow photographers to a place called Matheran near my home. Due to the Corona pandemic, I was restricted to travel only a few kilometers from home and this place is very near to where I stay. Previously I have observed a good population of this Tarantula here. So I was consciously looking to spot one, which I did in the next couple of hours after I reached there. These huge spiders live on trees at a height of 7-10 feet from the ground in natural burrows. I wanted to showcase the habitat along with this beautiful spider, but the extremely dense coverage made it impossible to light up the background properly. I took this image with the ICDE (In Camera Double Exposure) technique by first taking an image of the Tarantula with 2 flashes and then taking a wide image of its habitat lighting it up with 4 flashes. 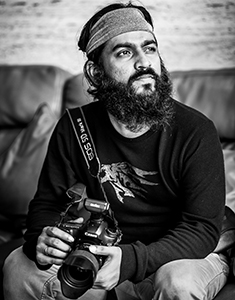 My name is Prathamesh Ghadekar, I was born in 1990 in Mumbai, India. Being born and brought up in a city, I had no touch with wildlife for most of my early childhood. Everything changed when a friend introduced me to a Wildlife Rescue group. I became an active member and started to see animals up close. I was majorly attracted towards the lesser fauna like snakes, spiders and scorpions! I started taking images of them with whatever device I had.

Seeing my passion, my parents gifted me a DSLR. This was a huge moment and I took photography seriously after that. The advantage of having these animals as my subject was that I could photograph them anywhere, from my backyard to the Western Ghats of India. I did not have to go for safaris or long trips like mammal and bird photographers. Right now I concentrate on creative nature photography and creating images which can tell the story of the animal and create awareness about it, eventually helping in its conservation. I have won several International photography competitions and have been featured in a few International publications and news.