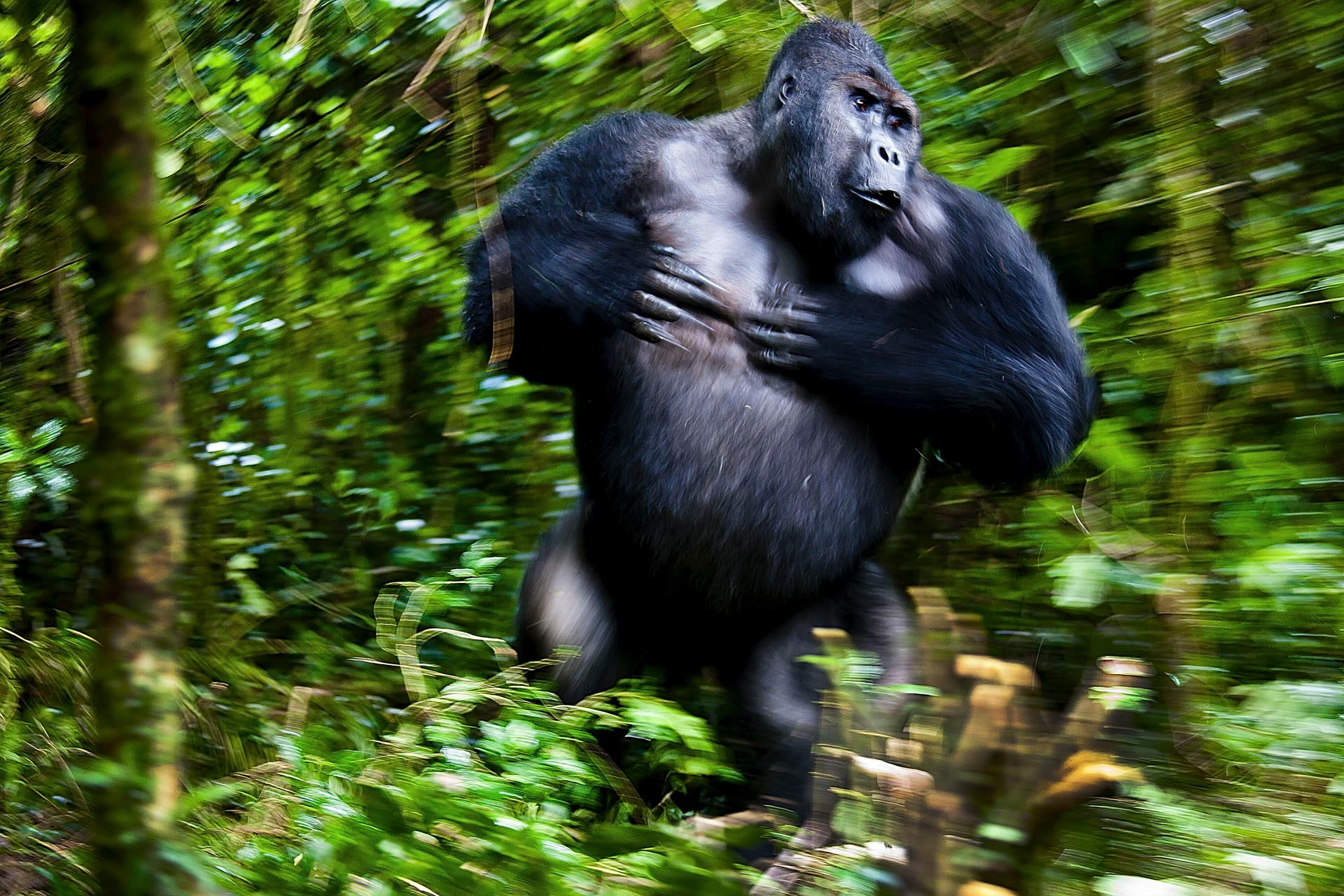 The photo was taken in the Kahuzi-Biega National Park in the DR Kongo, close to Kivu Lake. There are two habituated groups of eastern lowland gorillas in the park. Chimanuka is the silverback of one group with about 20 individuals. He is now about 35 years old and his weight is more than 240 kilos. In October 2007 I visited with a small group The Kahuzi-Biega National Park and the Chimanuka group for my second time.

After about two hours of hard walking in the dense jungle, we arrived together with the National Park Rangers in the later morning. The females were eating in the bushes out of the sight of Chimanuka. Suddenly he came out of the bush about 5 meters in front of me, drumming on his breast and showing his impressive behavior. I was frightened and fell back in a bush. While falling I took the picture, so it is blurred because of the movement. Chimanuka stopped in front of our group and nothing happened. Then he turned off and climbed up a tree for a better view on his females and children. 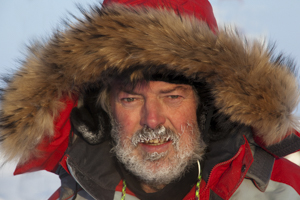 I was born 1948 in Upper Austria, studied Biology and Geology at the University of Salzburg and was teaching Biology in Linz. I have undertaken more than 100 expeditions and excursions all over the world, between Antarctica and North Pole, between Chukotka and Alaska. My special scientific interests are Climate, Global warming, ecology of the Arctic environment, Botanic, Zoology and Glaciers.
I worked as scientific advisor for 12 international TV documentaries, for example: „Beringia – Atlantis of the North“, „Ancient Amazon“. Sometimes I enter photos to nature photo competitions. I am winner of international awards like Golden Romy and Golden Camera. As photographer my photos were published in many books and magazines. I published also nine books, for example “Mountains of Africa”, “Ancient Amazon – river from Sahara“, “Albania Nature and Culture“.