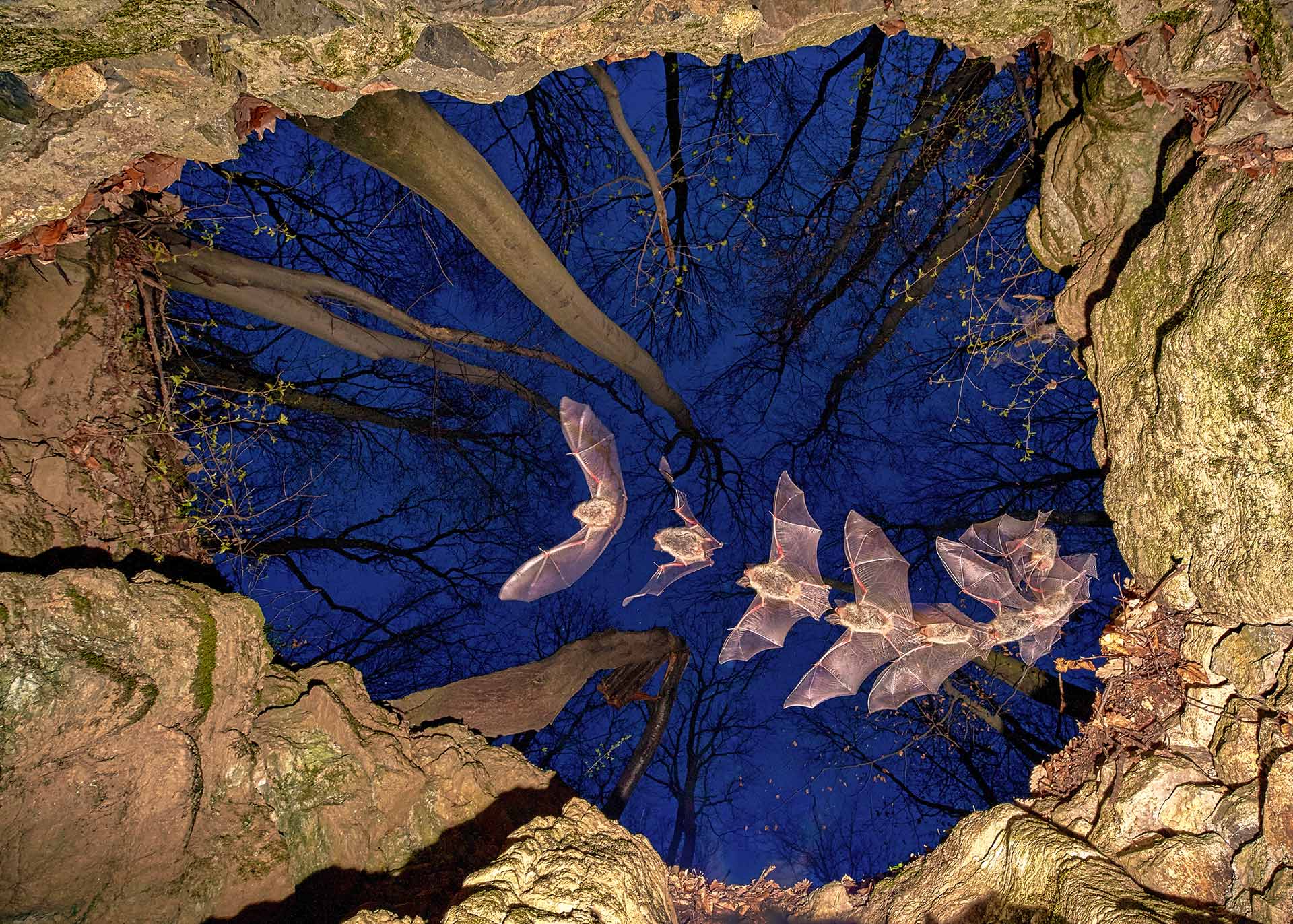 Name: Norbert Kovács
Picture title: Twilight hunters
Category: Mammals
Nationality: I was born in Hungary and also live there in the town of Komló
Occupation: I am an amateur photographer. Photography is not my main occupation. I work as an educational technician in a secondary technical school.

Name: Norbert Kovacs
Picture title: Twilight hunters
Category: Mammals
Nationality: I was born in Hungary and also live there in the town of Komló
Occupation: I am an amateur photographer. Photography is not my main occupation. I work as an educational technician in a secondary technical school.

Near my place of living there is a karst mountain range called Mecsek with numerous sinkholes and caves. During one of my trips in the mountains I came across this small dolina. There and then I could see the photo in my mind’s eye.

I usually take photos in springtime before trees start leafing out. I assemble and set the equipment before sunset, take up position at the mouth of the cave and upon hearing the sound of bats I know they are about to leave their nest to hunt one by one. It is an incredible experience literally feeling the wind stirred by the flapping of their wings as they fly by me. As the bats begin their hunt, I normally wait for about two hours at the scene because later on their level of activity decreases.

Though I remain invisible to them, they can feel my body temperature when they leave the cave. Some bats are more cautious and return to the cave at first. However, when they realise I do not harm them they also fly out. Since they are an endangered species I only disturb their life cycle for two to three days in spring.

I have observed the individuals of two species so far:

The photo was taken from the mouth of a karstic mountain sinkhole. Due to the long exposure time I placed the camera on a beanbag. The exposure was controlled via a wifi network by using a cell phone. I used a flash for the light source which was set in strobe mode with manual flash. 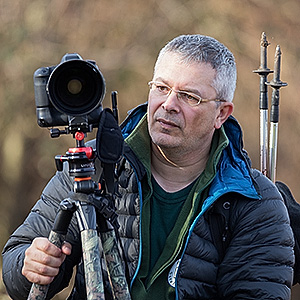 I have been taking photos for more than forty years. I used to study print photography. At the beginning I applied black and white films that I developed in my home lab. Nowadays I rely on digital technology.
I love nature and wildlife and strive to show such special and unrepeatable moments that make my work unique. Since 2006 I have been into aerial photography because another hobby of mine is flying. I take photos from a powered paraglider. I find pleasure and relaxation in these activities.