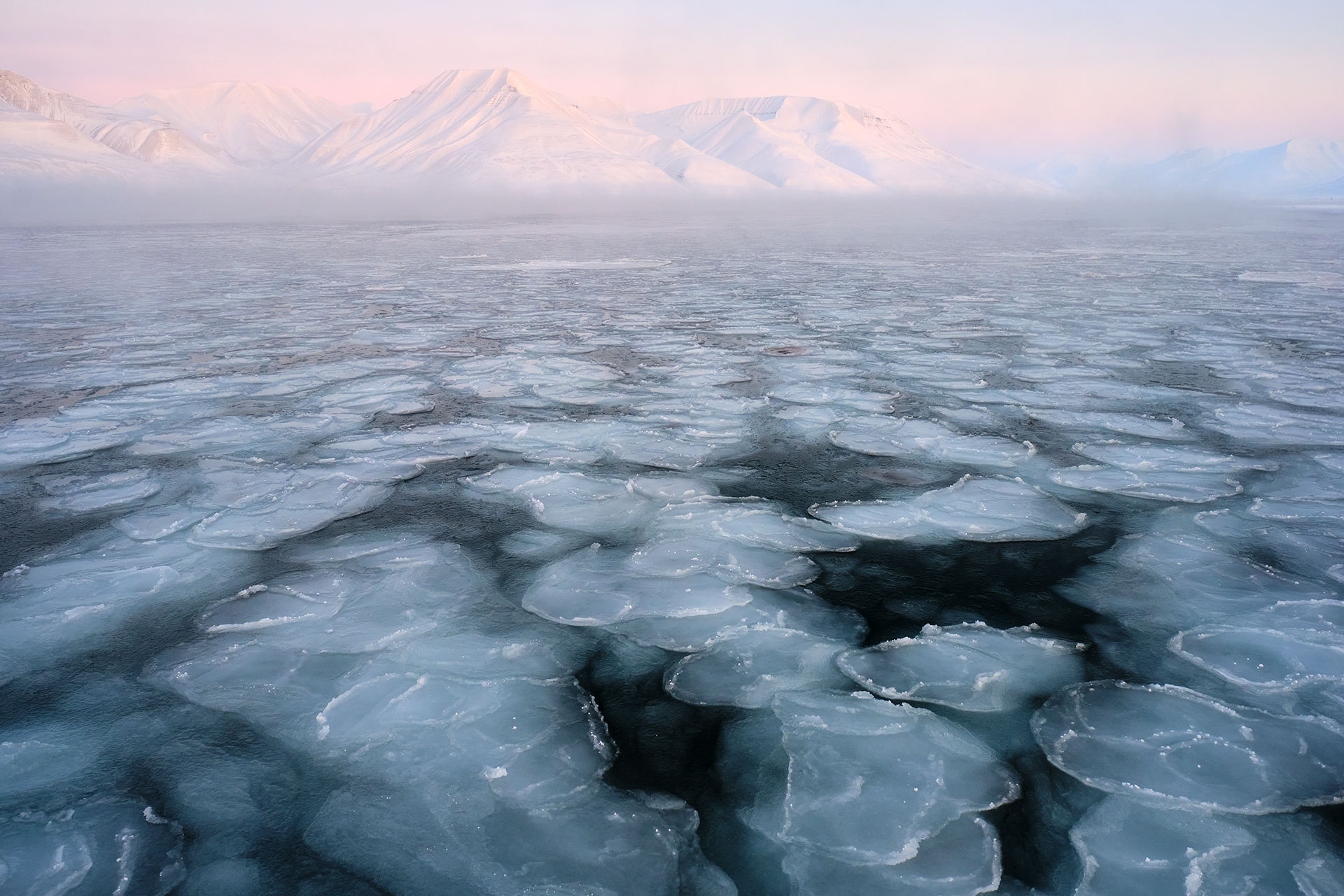 When traveling for wildlife photography, I often regret that I cannot capture the surrounding landscape too. I usually have to choose between those two, because both are best photographed at the same time when the light is the most flattering and beautiful. A major advantage of the Arctic region is that the optimal lighting conditions in some seasons last almost all day. Days only last a few hours at the end of winter, the sun travels the sky very low, and the light almost seems all the time sunrise or sunset. This allowed me to photograph not only animals at Svalbard, but also breathtaking landscapes such as these pink-lit mountains behind the frozen bay.

In the less than two weeks we spent on our trip to Svalbard, we discovered that freezing the sea could be a fascinating process. We have seen many forms of sea ice at that time. It ranges from still liquid but dense mash-like water, to free floating large chunks of ice, or just simply forming small rounded ice floes, which can merge into a continuous layer under optimal conditions, to ice covering of more than one meter thick.

I couldn’t just pass through such scenes, especially when it was lit by the beautiful light that’s so typical of the Nordic regions. I took this photo on the last afternoon before our flight home. Temperatures dropping down to -30 degrees are a challenge for both photographic equipment and photographers, but the beauty of the Arctic landscape and its inhabitants amply make up for the temporary discomfort. 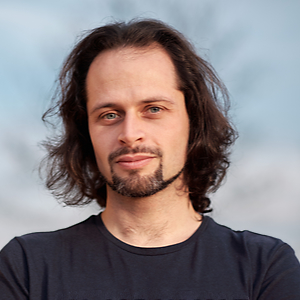 Michal Krause focuses mainly on wildlife and nature photography. His passion has brought him to countless biotopes, ranging from tropical rainforest to African savannah and temperate forest to mountains and Arctic plains. The cold north is a matter of the heart for him, and he loves to return to the Arctic wilderness.