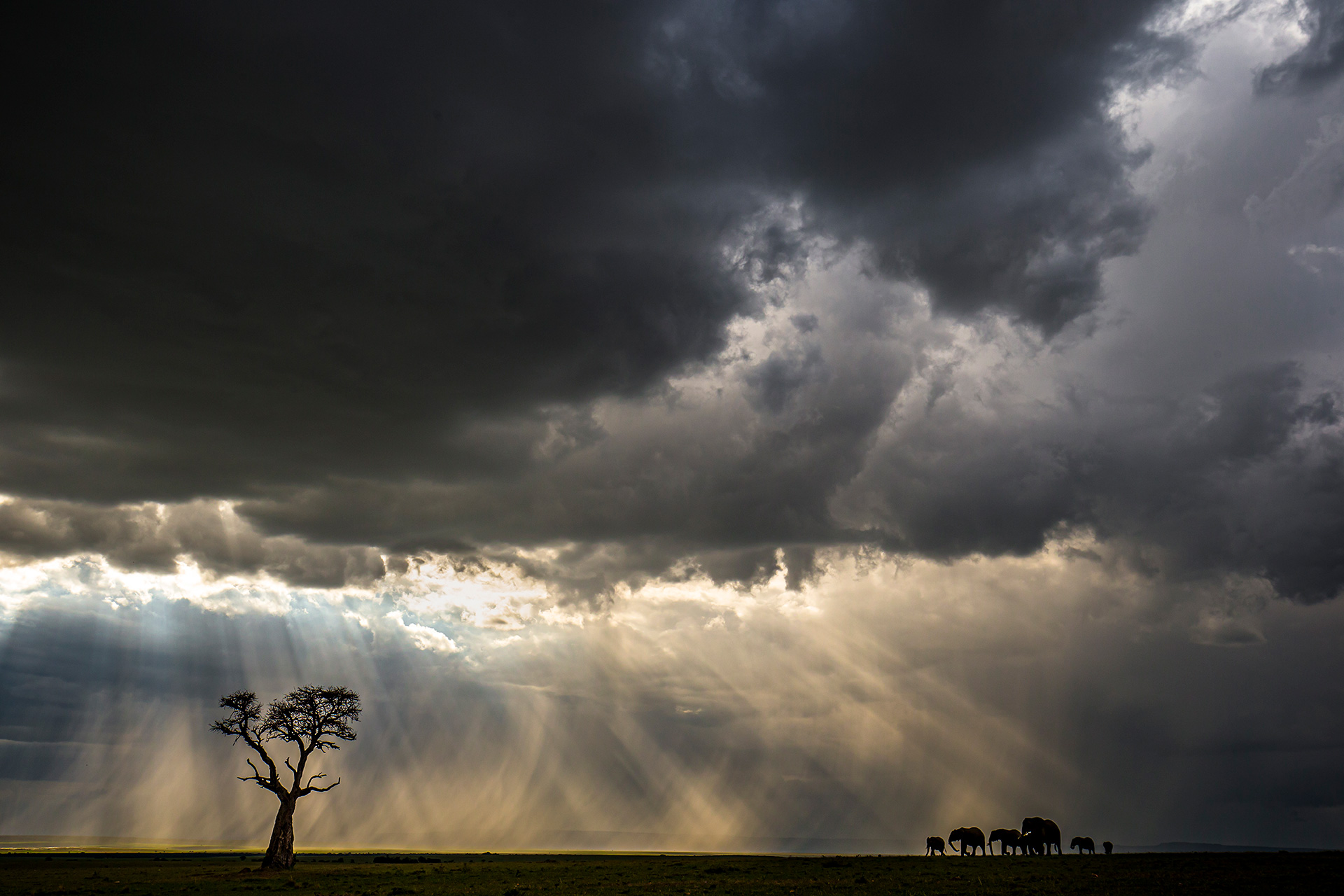 I had a precious afternoon off between guiding safaris in the Olare Conservancy in Kenya. Myself and Kenyan guide Charles jumped into a Landcruiser and drove a few miles where we could observe a gathering storm against the distant Rhino Ridge in the Masai Mara. Before too long a small herd of grazing elephants walked slowly but purposely towards the distant Boscia tree.

At that moment I saw what I wanted, but realised that to get the image, I would have to be very low and could not use the vehicle. Crawling fifty or sixty metres with my camera on my back was a filthy job but I needed the elephants against the storm.

It would have been easy to just drive up and use a wide angle lens but this would have made the species too dominant in the frame. I wanted to highlight the brooding menace of the gathering storm and the billowing and linear light patterns, so this was the only sensitive way to achieve that. The wind was capricious at best so I did not want to be too close to the herd. After half an hour I felt the balance between the three subjects was right and took a couple of images.

When I saw the result I turned to my Kenyan friend, guide and often inspiration of 20 years and we exchanged telling and sobering looks. We, like many, know how precarious the elephant’s future is as their numbers are ravaged by the insidious demands of ‘traditional’ medicine. A photograph like this embodies the narrow and precipitous line of hope they occupy in our delicate ecosystem. It is my favourite elephant image. 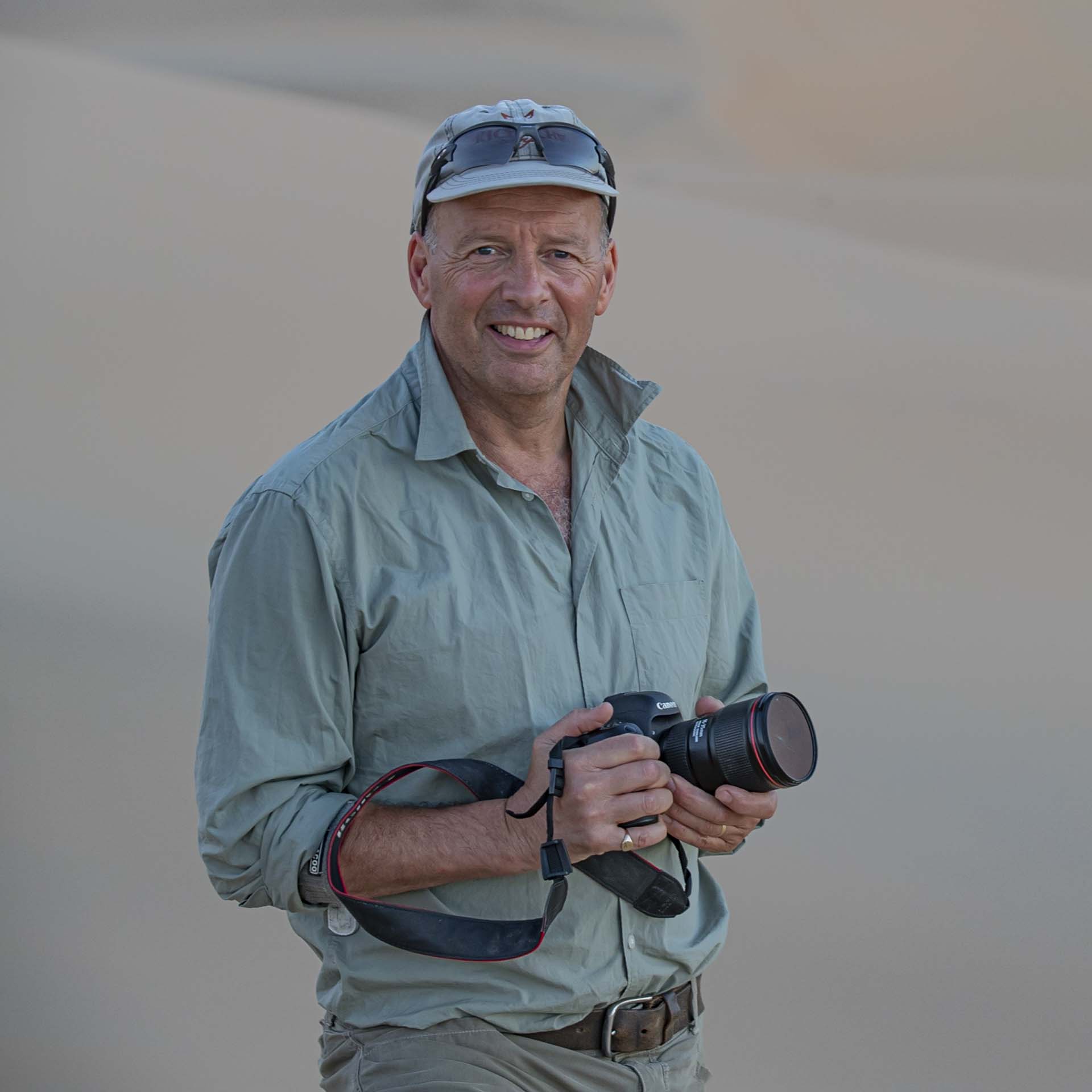 Paul Goldstein was described by the Sunday Times as ‘preposterously vivacious, a guide of almost psychotic gusto.’ The Telegraph said ‘no-one will drag you up the photography ladder quicker.’

Paul guides photographers all over the world, has worked in travel for over 35 years and has raised hundreds of thousands of dollars for protected species particularly Bengal tigers. He co-owns four eco camps in Kenya and is fiercely outspoken on matters of conservation and believing a photo at any cost is ethically derelict.

He is a self taught photographer and savagely critical about his own work.