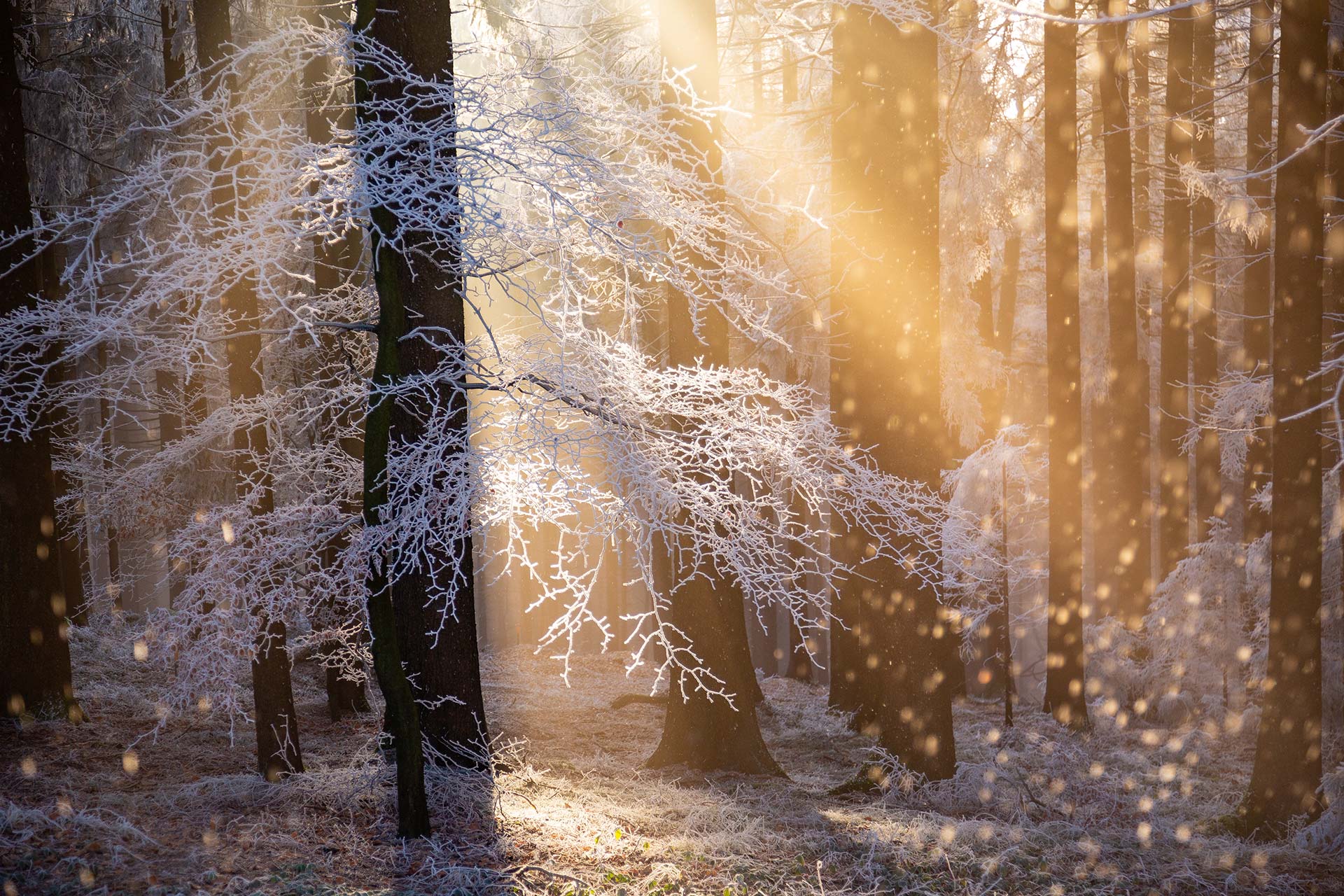 Close to my hometown of Linz, Austria, there’s a hill partially covered with some nice forests. And since in late autumn, there’s quite often heavy fog in Linz, I often go up this hill hoping for some sun above the layer of clouds. Especially the areas where sun and fog merge in the woods, are the ones I’m looking for. Even more when the temperatures are below zero and the fog creates mesmerizing patterns of hoar frost on the branches of the trees. This particular day I was lucky enough to experience these conditions, but not enough of that, the sun was already very low and the light was warm. The most fascinating thing to me actually was, that the sun melted the hoar frost in the tree tops and these particles of ice finally fell down as a glittering curtain from time to time. So I just tried to find an appealing composition hoping for the rays not to disappear and some ice coming down in front of me, backlit by the sun, while I used a wide aperture to enlarge and blur the glittering dots. Again nature’s magic delivered a memorable and enriching moment. 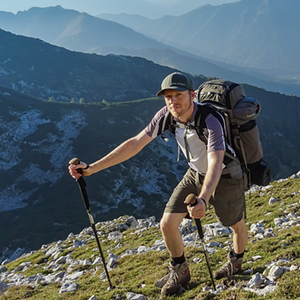 Nature led me to photography. Not the other way around. Experiencing untouched places always touched me deeply. In nature photography I finally found the tool which allows me not to just feel this connection but to rather find my place out there. Now this is my way to gather enriching moments for a valuable existence on the one hand, and on the other hand photography became my most important communication tool to convey the importance of intact nature to a wide audience and to show its grace.