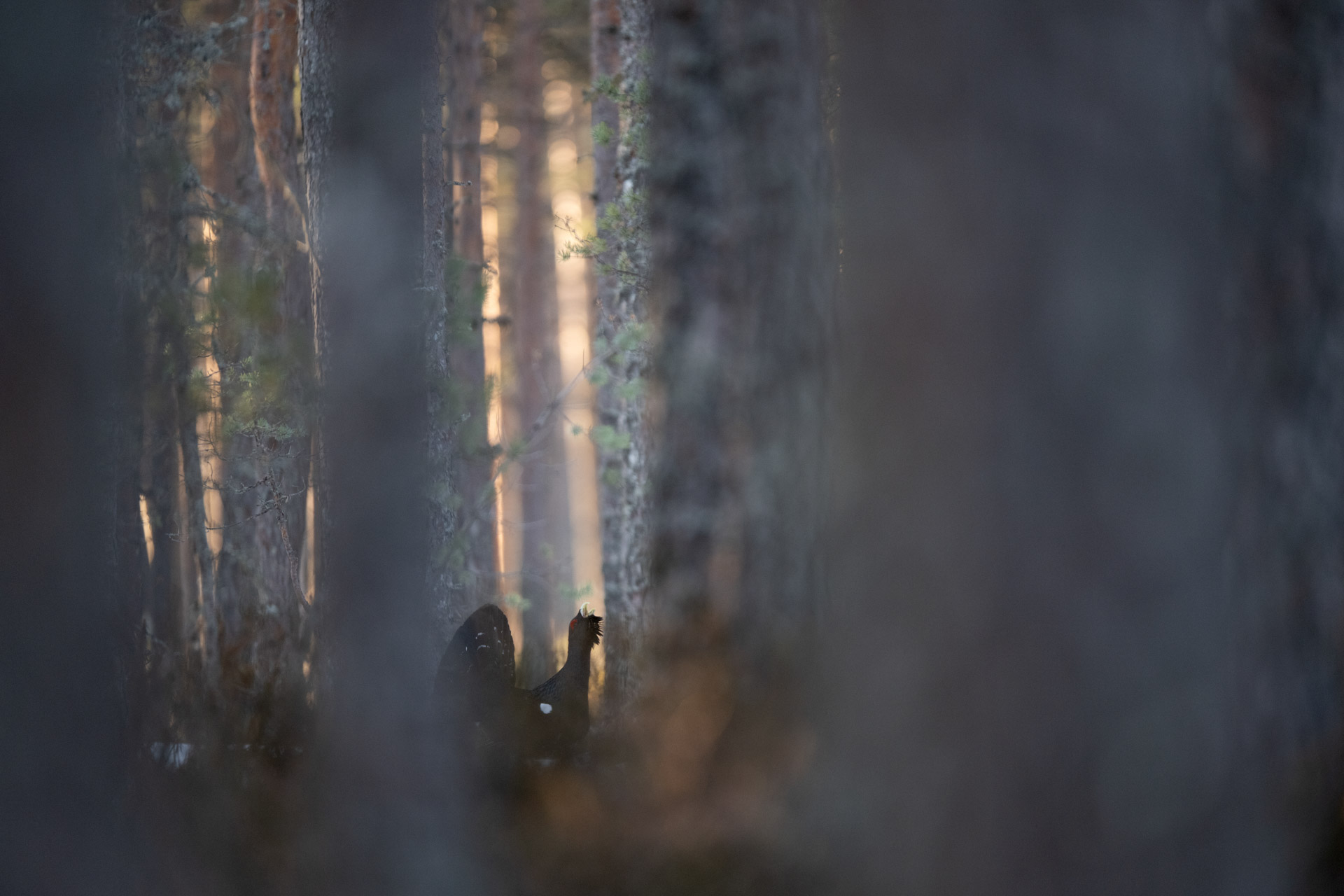 The picture shows an adult Capercaillie (Tetrao Urogallus) cock in its classic playtime, lek time, pose. Trying to show out as attractive as possible for hens to mate with. Typical voicing, posing, jumping, and sometimes also fighting are all part of that ritual. Birds are strongly connected to their so-called playground in the old (mostly 80-120 years) pine forest in lek time. They have been using the same area for many years, maybe even hundreds of years. During mating season every cock is trying to keep the best plot of it to attract hens. Capercaillie’s habitat in Estonia is strongly connected to bogs and older forests, which both are just diminishing, and so does the population of capercaillies and other species connected to those habitats. Only about 1300-1600 capercaillies cocks live in Estonia now. Just about 50-60 years ago it used to be a regular numerous hunting bird, but mostly due to human activities such as deforestation and so-called “land improvement”, draining bogs, etc, their population dropped dramatically and has still dropped dependence. Capercaillie lek in the spring, the second half of April, is one of the year highlights for me. I follow that already for years. I also take part in the surveys. This specific lekking spot is one of mine favorites because there is pretty good visibility, not very high undergrowth and it offers good light options as you see also in that picture. Again, the forest has given and shown me something beautiful, thanks. I`m very grateful for that. 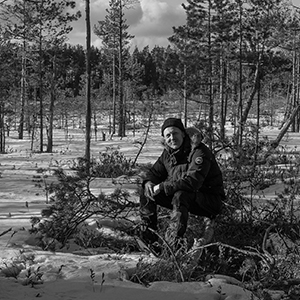 I love the forest and being there. Photography for me is mostly for bringing back the feeling and memories of moments. It is sometimes also a trigger to get some deeper touch into something, some species or habitat or something old or new. I’m just an enthusiast in photography. I love nature photos of different species showing their living styles in their natural habitat and natural conditions. Owning a camera and lens now for circa 10 years. Taking pictures mostly of subjects in the wild. I’m not specialized in something specific. Not very active in showing my pictures, preparing everything for that isn’t my strongest part and it takes a lot of time. Now I have been showing some because I found that sometimes would be great to get some feedback and maybe even positive recognition for that.