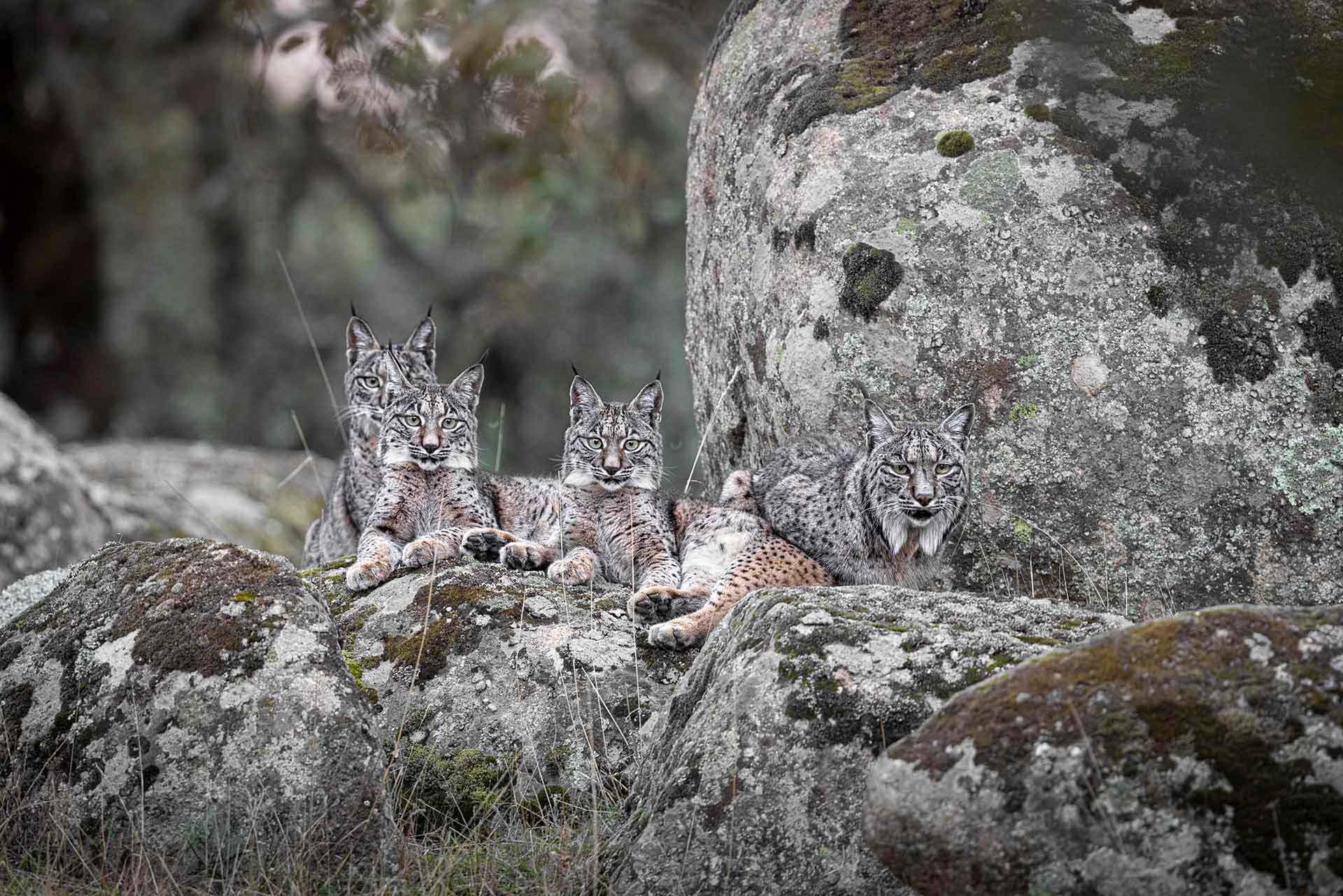 I started looking for the Iberian lynx a few years ago. I had been lucky and I had photographed a lynx with its big cub, even it was from a long distance. I have returned several times to Andalucia. I wanted to photograph this fascinating and highly endangered species. After a week of unlucky searches, on the last day, I spotted a lynx very far away. I waited but it seems to move to different locations each time. In the end, I understand what happened: the one I’m following from afar is not just one lynx but 4! Mother Lynx and her 3 cubs have already grown up. I’m lucky enough to see them approach and then disappear behind a hill. They are camouflaged with the surrounding environment and being able to see them is complicated. Suddenly two cubs climb a rock and crouch next to their mother. Then the third one also arrives, he sits on the rock and starts to lick himself. I can not believe my eyes. They are not far from me, but not scared either. They look at me, I look at them: incredible. A family picture that I never imagined so perfect. The light was great, but it was already getting dark. I took several photos with a very slow shutter speed, handheld, hoping for a photo without problems of sharpness. Luckily the stabilizer helped me. 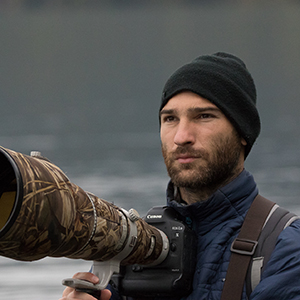 Alessandro Beconi was born in Florence, where he still lives and works. Creator of the project that saw birth on the Grandiviaggifotografici.com website. He photographs from an early age thanks to a trip to Brazil with his family. The desire to immortalize every moment of the wonderful landscapes that surrounded him drives him to become passionate about the photographic world. Alessandro begins his professional activity with the advent of digital. Convinced that passion, tenacity, and the desire to overcome any obstacle, he puts his energy and his continuous search for new adventures at everyone’s disposal. Particularly fascinated by the animal world, he studies his photographic subjects with meticulous attention, trying to understand their attitudes and to anticipate situations. He has taken thousands of snapshots around the world and his images of him have been published in over 40 countries. Through his articles, he collaborates and has collaborated with important magazines. In recent years he has received important international recognition. He also has a degree in psychology.