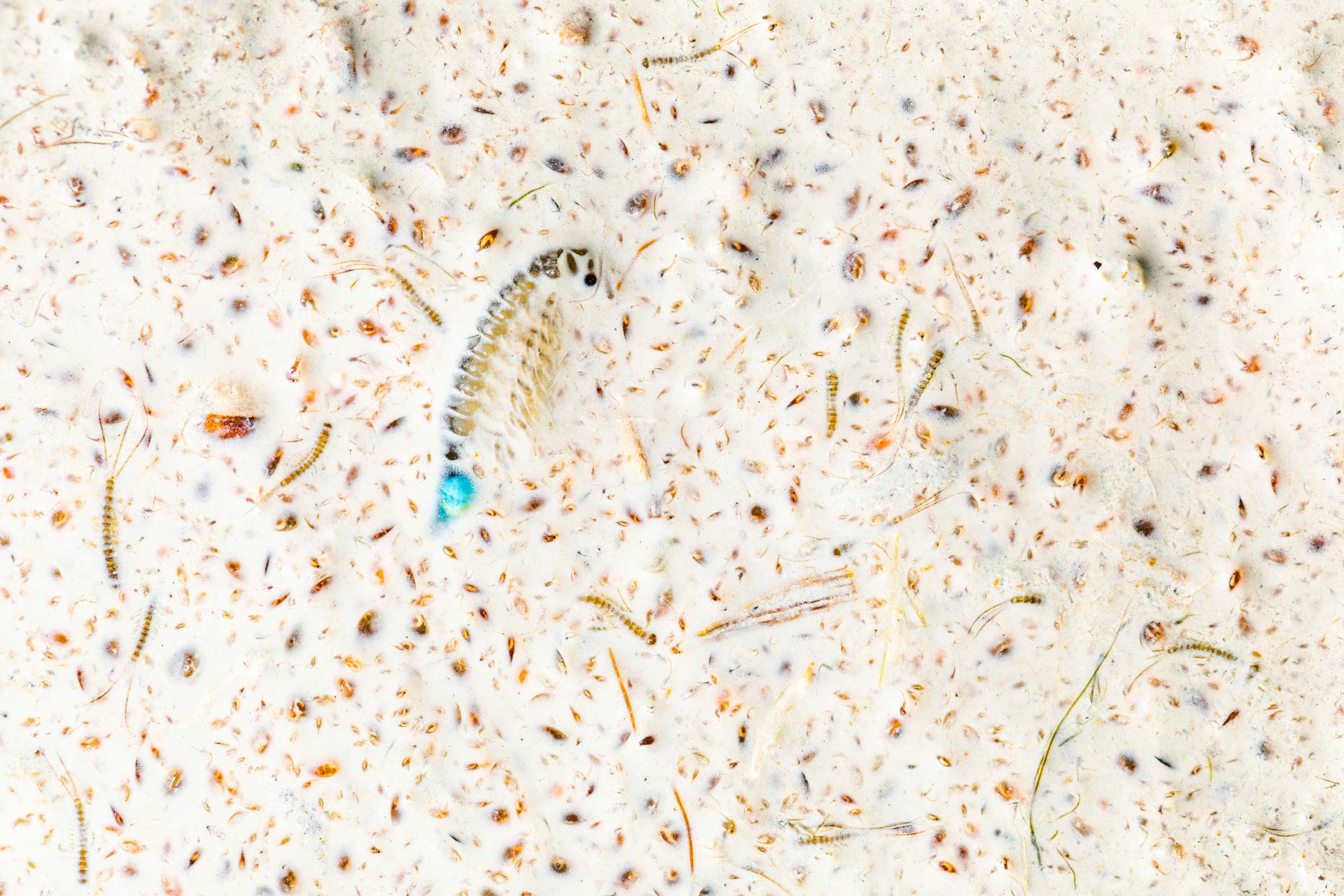 CATEGORY WINNER OTHER ANIMALS
Bernhard Schubert | An Adaptation for Death

All kinds of benthic invertebrates are crowded together in the last remaining milky puddle of a soda lake at Neusiedler See-Seewinkel National Park in Eastern Austria. One of those tiny creatures sticks out as it is larger and has a distinct shiny blue egg sack. Branchipus Schaefferi is the species name and it belongs to a group known as fairy shrimps. They depend on periodically drying water bodies. When those dry up, most of the small crustaceans have already dispatched their eggs and they die. Their eggs can survive for centuries in the dry ground until they get flooded again and hatch. In spring, the soda lakes are typically filled with water, containing masses of fairy shrimps which are an important food source for migrating and breeding waterbirds. However, those soda lakes are at high risk to get lost due to rising spring temperatures which lead to faster evaporation and continuously dropping ground-water levels, probably caused by the extensive watering of the surrounding agricultural area. With time, this enables nitrifying plants and shrubs to grow in this ecologically valuable area. Their roots penetrate the sealing layer of the soda lakes which leads to an even faster loss of water and will finally lead to a shrub encroachment of the former soda lake. A friend of mine is working on a book about Branchiopods in Central Europe and I offered to support him with my photography, so I came across this scene while specifically looking for those tiny creatures. 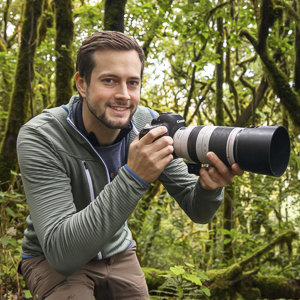 I studied Zoology and am currently finishing my master’s degree in “Wildlife Ecology and Management” in Vienna. My scientifically sound knowledge of animals and their behaviors helps me to realize my visions in nature photography. Capturing fascinating nature and the atmosphere of the wilderness enables me to share my experiences and show people the beauty of nature in all its facets. I try to take photos with an unusual, interesting perspective or creative approach in my mind which thrills people and let them think about the subject and the recording technique.