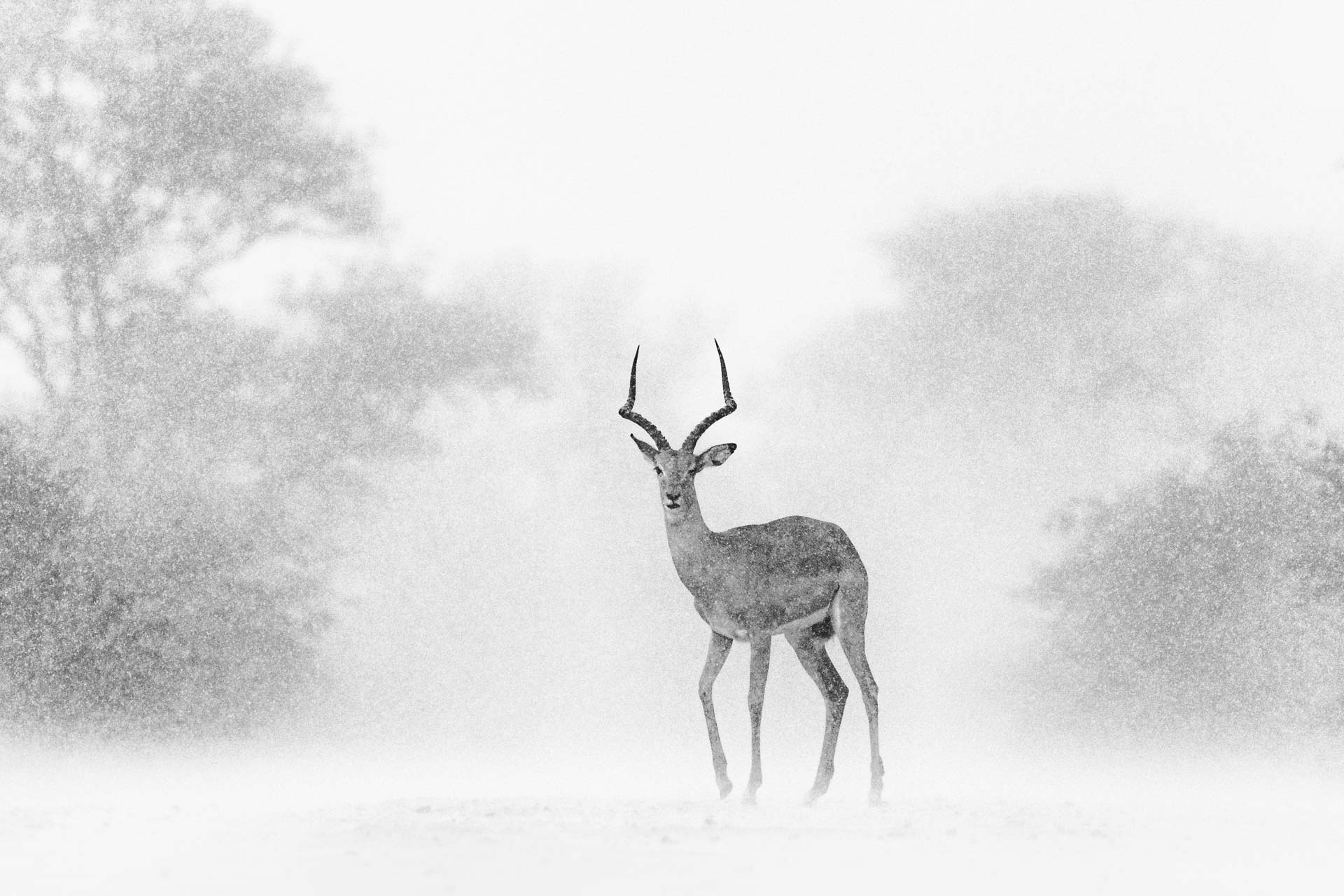 The Southern part of Kruger National Park is known for its high density and diversity of wildlife. This week, the main objective was to find and photograph leopards. High temperatures were making this difficult as most predators were inactive during the day. On this uncomfortably hot afternoon, my colleague and I decided to slowly drive the less traveled routes and hope for the best. Temperatures were well into the 40s (degrees Celsius) with a heavy downpour imminent. As the heavy shower of rain broke through, we could hardly see a thing and waited it out near a large herd of Impala. A few of the males nervously crossed the road ahead presenting a unique opportunity. Although the cool rain was welcomed, this impala ‘froze’ in the middle of the road with all its senses completely muffled, leaving it feeling extremely vulnerable. The rain gave a soft hazy look to his surroundings, from the road beneath him to the acacia trees in the background. This also helped isolate him from everything else in the scene and gave a natural ‘fine art’ look to it. He looked back towards us with a bent front leg, which I believe completes the image and shows a sense of how indecisive this Impala would have been feeling at the time. 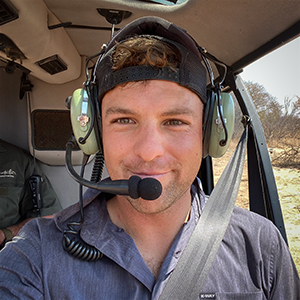 When Byron became a safari guide in 2017, he knew he had to find a way to capture and share the special moments experienced in the wilderness. Being creative by nature, photography quickly became a passion he could enjoy and teach while hosting guests from all over the world. Since then, he’s embraced wildlife photography as a full-time occupation. In 2022, he entered the NFT market, selling some of these images as digital assets on the crypto blockchain with relative success. Alongside this new adventure, he intends to continue traveling around Africa, shining a light on wild beings and the wild spaces they inhabit.