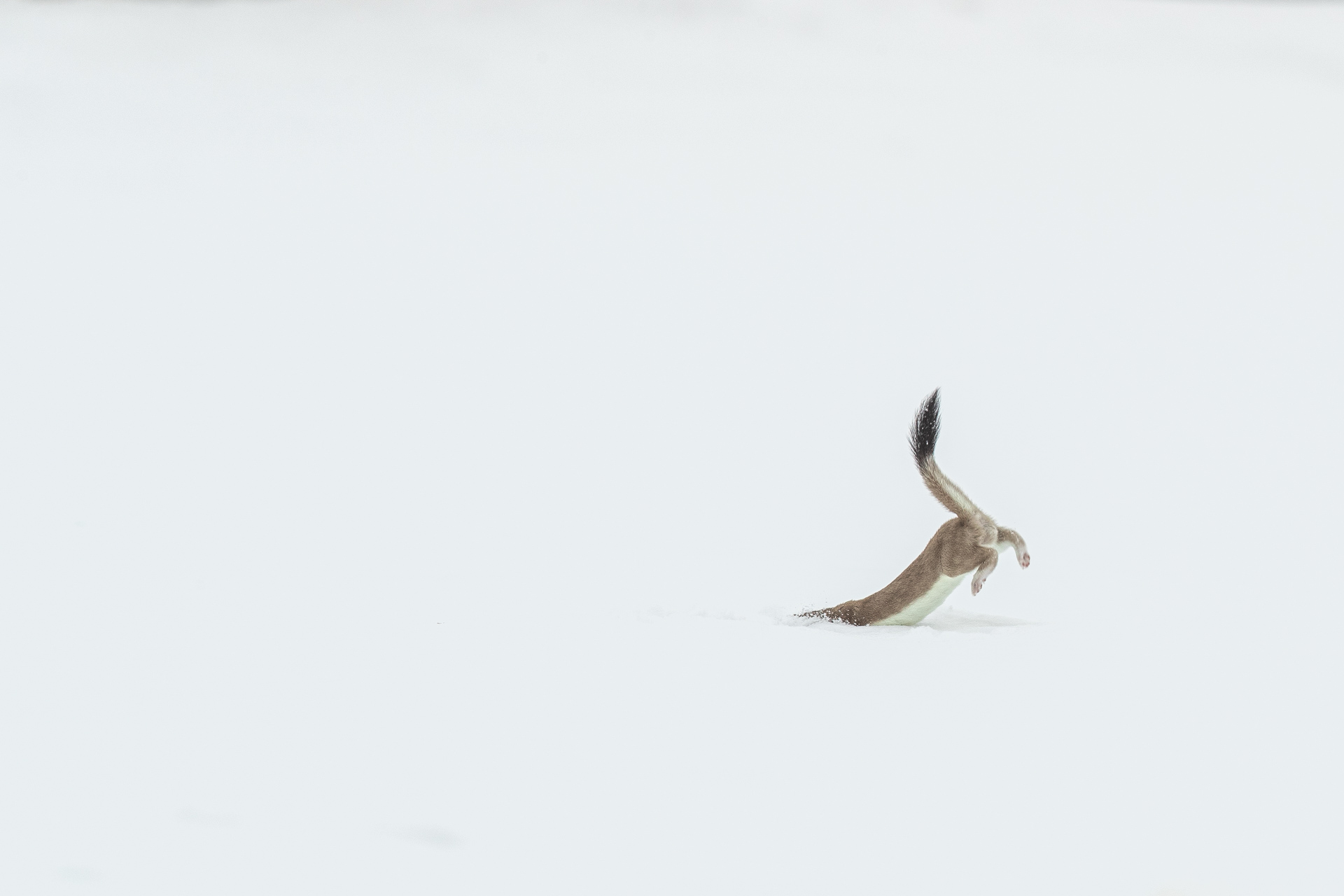 Name: Till Clémence
Picture title: Head first
Category: Youth
Nationality: Switzerland
Occupation: I’m not a full-time photographer. I’m a student in my last year of high school, my majors are Biology and Chemistry. I also play Ice Hockey during my free time.

Name: Till Clémence
Picture title: Head first
Category: Youth
Nationality: Switzerland
Occupation: I’m not a full-time photographer. I’m a student in my last year of high school, my majors are Biology and Chemistry. I also play Ice Hockey during my free time.

Near the town where I live, La Chaux-de-Fonds, situated in the Swiss part of the Jura mountain range, there are pastures at one-thousand meters high where some ermines, also named stoats, live. Their scientific name is Mustela erminea. Their coat changes from brown to white at the arrival of winter and becomes brown again in spring. One winter I spotted one, there had been a warm spell that had melted the snow, so its white coat contrasted completely with the green grass. After that, I went back several times to its territory, very often without seeing this beautiful animal. A few weeks later, with the arrival of spring, the ermine’s coat had turned brown. But at the end of March, the stoat was surprised by the late snow that covered the fields with white. Thanks again to this contrast, this time reversed, that I spotted the little mammal more easily.

This is also a time of vulnerability for them and they become more cautious as well. I was able to observe it from a distance before approaching it with velvet steps once it had dived into one of its prey’s galleries. I lay down in the snow, behind a small pile to remain hidden, my lens placed on a small sandbag. I then waited, staying still, for about an hour until the stoat came out and started running, diving, and jumping around again. This is how ermines hunt, non-stop for several minutes. So I stood there and photographed it in all sorts of extraordinary positions. After a good hour of activity, the stoat returned to his holes under the snow. I took the opportunity to leave.

A few days later, the snow had disappeared and the brown ermines became more difficult to observe. During this photographic experience, I was able to observe a small predator that when hunting pays little attention to anything other than its prey and potential dangers. This is why I was able to photograph it without frightening it, but I kept a certain distance so as not to disturb it in its search for food. Since then, every year I return to these fields to observe and try to photograph the ermines around my town. 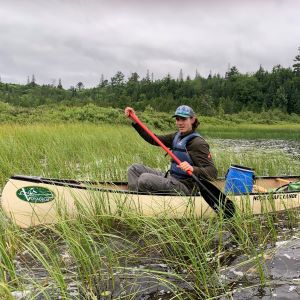 Since I was young, my curiosity has been focused on nature and more particularly on animals. This is thanks to my childhood travels and the passion passed on by my family. But it is only in 2019 that I started photography during a trip to Kenya. Wildlife photography quickly became a passion. Then in 2020, I rediscovered the wildlife around my hometown during the semi-confinement. By changing my eyes and sharpening my senses, I was able to observe species that I would not have thought to meet. Since I got my first camera, I try as often as possible to take it with me on my outings in the forest and on my holiday trips. This is how I seize every opportunity to observe and if possible to photograph beautiful wild moments with humility and respect. My goal is to share and show what we all need to preserve: animals in their natural habitat. I would like to study biology and use photography as a medium for my work.