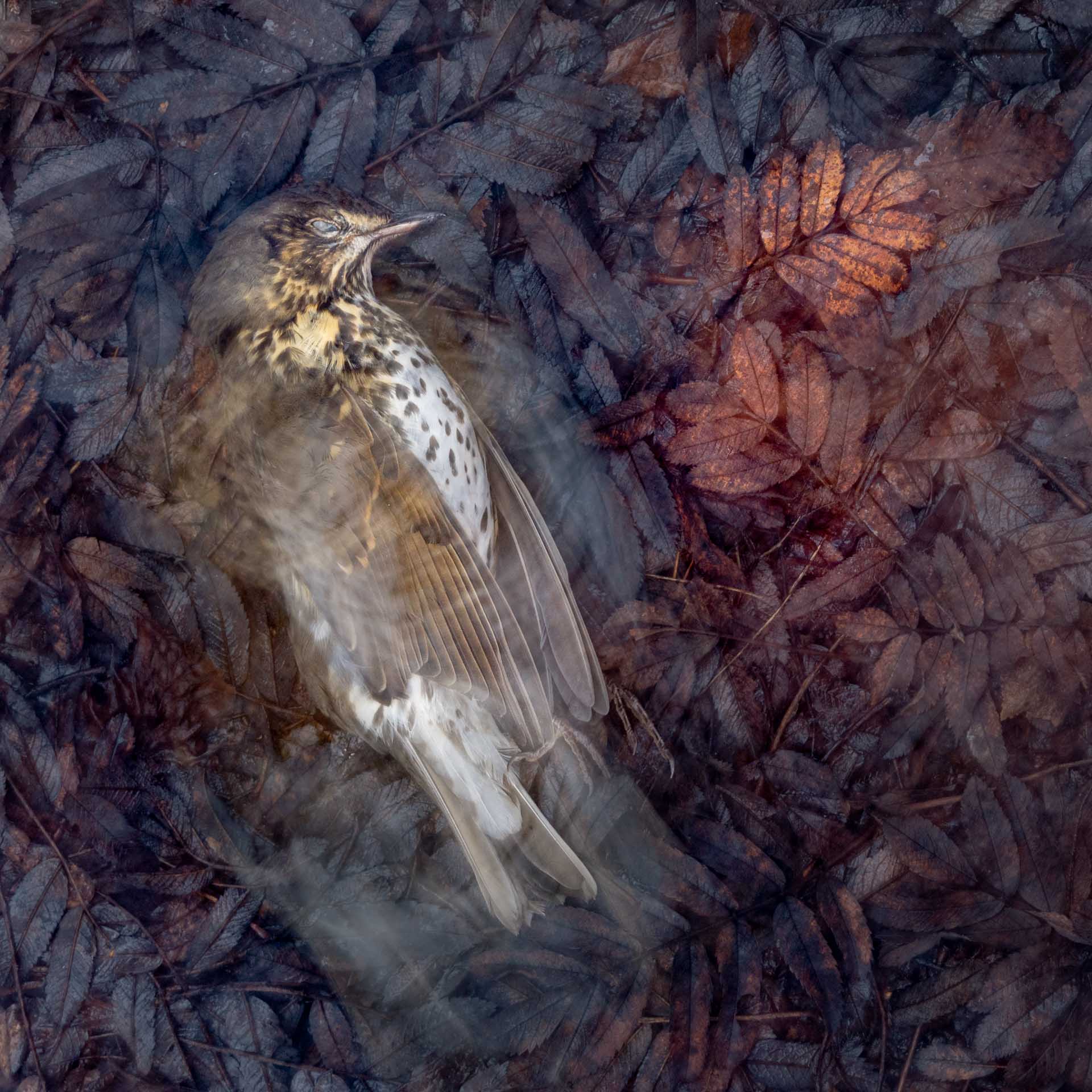 One day in late October I saw a dead bird lying by my house in Melhus in Central Norway. It was a song thrush (Turdus philomelos) lying on a bed of rotten autumn leaves. The colors of the plumage matched well with the colors of the dead leaves and I thought the scene would make a nice picture. I also wanted to make a YouTube video of me photographing the bird, so I rigged up three tripods with cameras and a microphone. My photography style is not documentary, I always try to create images that appeal to the viewer’s own imagination. I, therefore, tried out different techniques, crops, and played with both camera movement and multiple exposures. One of the best was this single exposure with camera movements at a relatively long shutter speed, so-called ICM photography – intentional camera movement. The leaves are faded, the plumage is faded and so is the life of the bird. 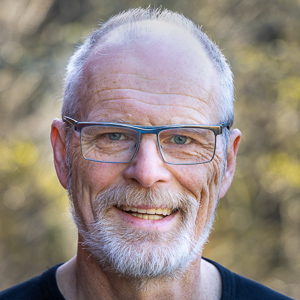 Born in 1962 in Central Norway, Dag Røttereng is a renowned Norwegian photographer who has been working mainly with nature photography for more than forty years. His work has evolved from classic wildlife and landscape photography to a more artistic and often abstract approach in the last few years. Dag Røttereng has contributed photographic articles to several publications and journals and has published one book. Dag frequently lectures on composition and digital editing and gives presentations on photography at festivals. Dag Røttereng’s images have appeared on everything from postage stamps to billboards, in magazines, newspapers, and in advertising. He has been highly awarded in numerous international photo competitions, and his work has also been exhibited in galleries worldwide.