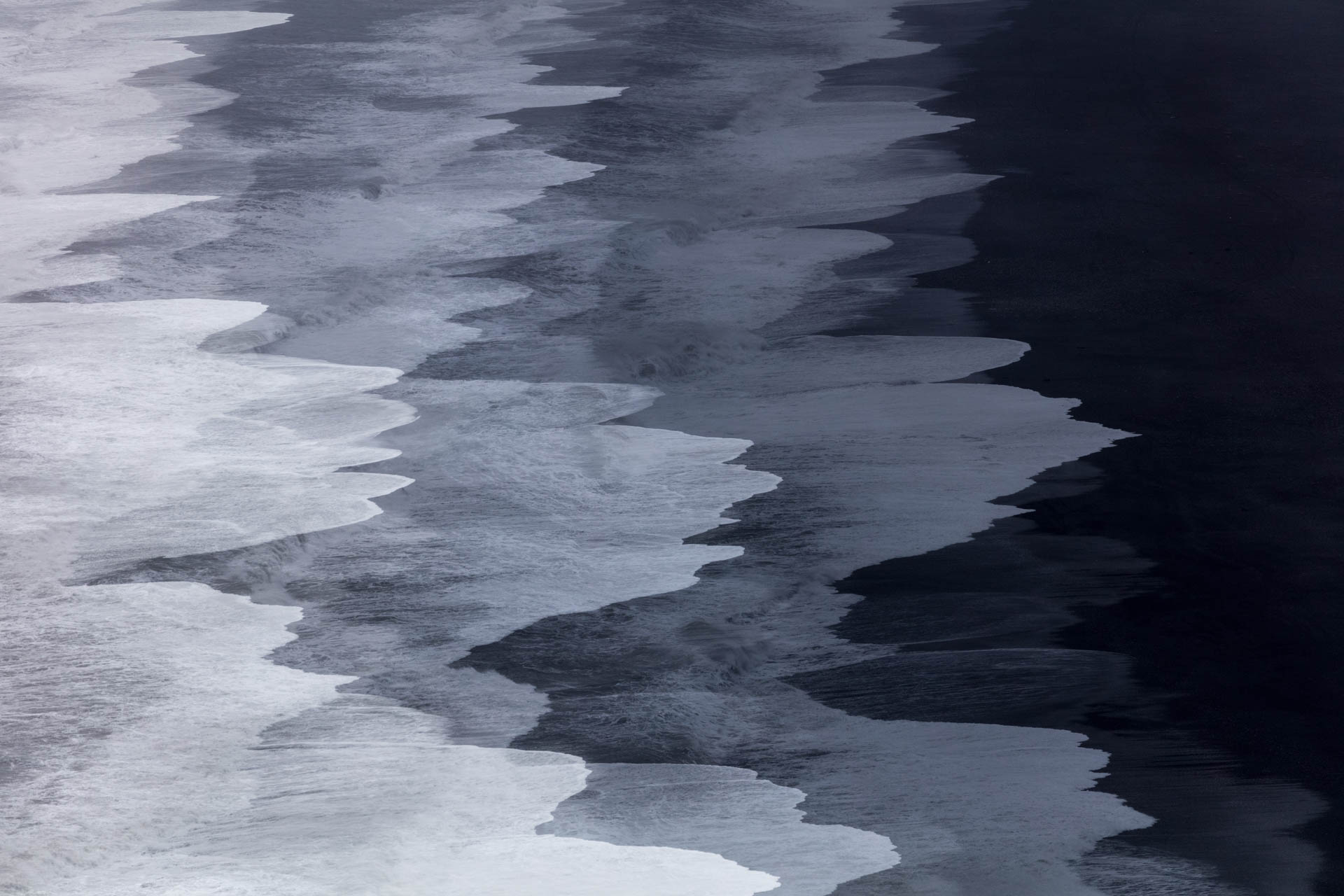 This image was captured from a dramatic clifftop at Dyrholaey, a former volcanic island, at the southern point of mainland Iceland. The whole area is a nature reserve and incredibly scenic, with views of the Reynisfjara black sand beach and the Reynisdrangar sea stacks to the east, the sea arch, and of course, the ocean waves and the sea birds. To the north, multiple glaciers can be seen. Facing west from the 120-meter high clifftop is an overlook of a stunningly beautiful and seemingly endless stretch of pristine black sand coastline. The waves seemed to roll smoothly and slowly across the sand as if they were painting the beach white, and then recede a little and disappear. This was mesmerizing to watch. The visit was made in November when the winds were notoriously strong, cold, and relentless, and photography was challenging. It was not easy to stand upright although thankfully, the side of a small building did provide some shelter. It was essential to stay away from the cliff edge!

Most of my images are usually captured with the camera on a tripod and generally with preferred settings of a low ISO, aperture of f11, and a low shutter speed. I was very much out of my comfort zone here hand-held was the only option, with camera settings contrary to the usual setup. The lens had an image stabilizer which was deemed would make no difference at all in the conditions! There was huge potential here to create a minimal intimate landscape image that would appear to be monochromatic. Although the single-shot images were pleasing, without being able to use a slower shutter speed to capture some movement, I decided to experiment with multiple exposures to try and create something a little different. The camera was held in the ‘approximate’ same position for the 3 shots, which wasn’t easy in the conditions. The result was not only the capture of more wave layering but more grey tones between black and white, and certainly a more abstract ‘art of nature’ feel to the image. This image has also been processed as a rotated portrait crop which appears even more abstract. 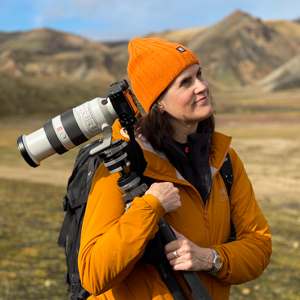 Photography has always been a passion from a young age, and it was a great way of saving memories, and a camera was taken everywhere. I was gradually able to devote more time to my interest, particularly the post-processing aspects, and was able to attend my first workshop abroad in 2015. I find the whole photography process very therapeutic; it involves travel and exercise which helps with mindfulness and well-being. It takes me to some places at first light when the landscapes can be at their best, it keeps me up to date with new technology and has been a great way to meet friends and photographers with shared interests and build unforgettable memories. Being from Cumbria in England, I have always preferred cooler climates, mountains, and frozen landscapes, particularly those blanketed with pristine snow.

I have a special fondness for the ruggedness and beauty of Iceland, a country that seems to be ‘alive’ with its slowly moving glaciers, rumbling and active volcanoes, geothermal areas, and the magical aurora in the night sky. I feel I have developed an evolving photographic style by exploring more intimate and minimal landscapes and endeavouring to share my vision of some of the earth’s natural untamed beauty. My work in Clinical Trials is very scientific, much of it presiding over procedures, proven facts, figures, accuracy, and precision. Photography gives me an outlet to express my creative side artistically and pursue my passion by combining fun and hard work.