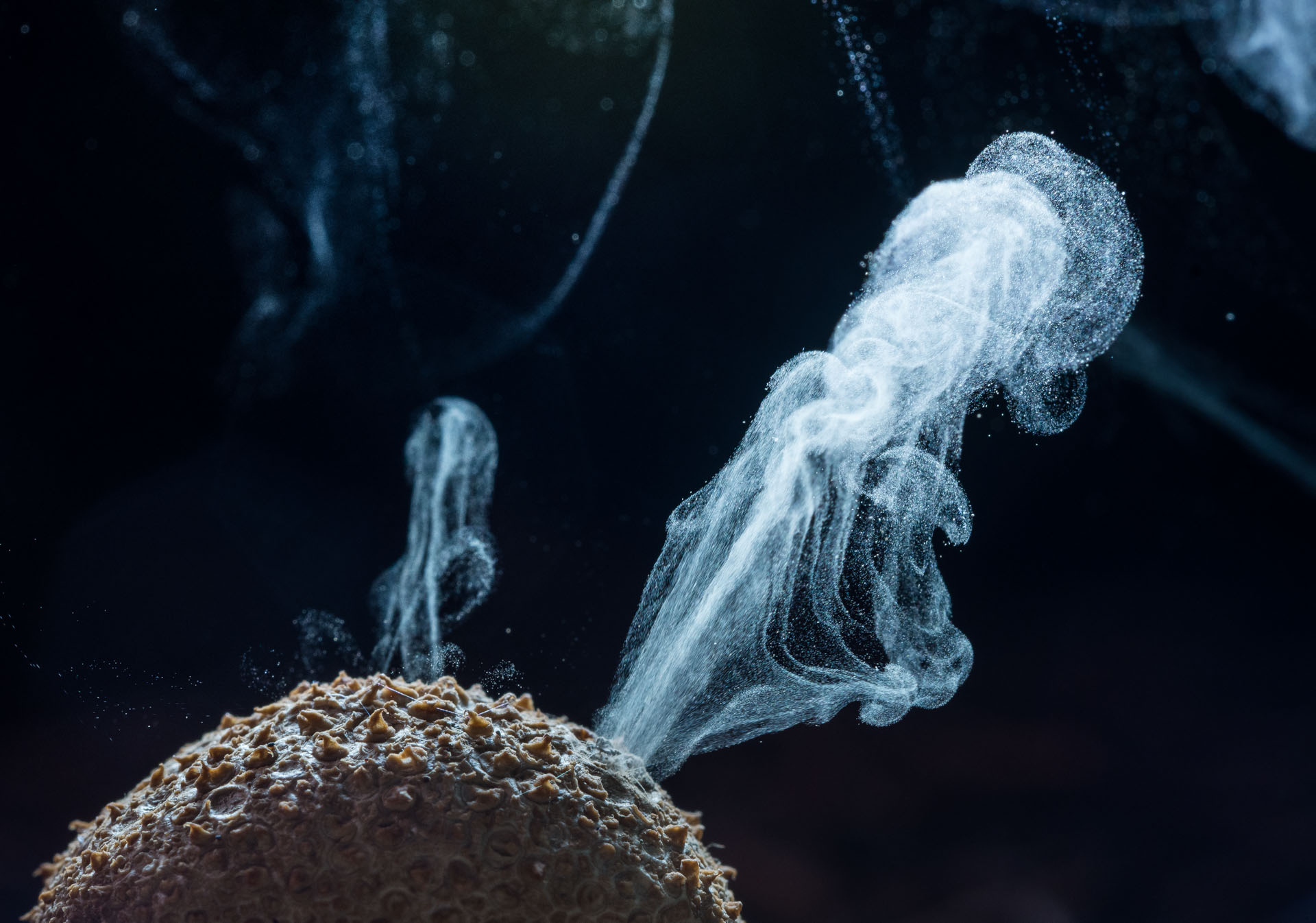 I have been taking photographs of spore clouds for 8 years, and I found tinder fungi and puffball mushrooms to be the most exciting emitters. When aging, puffball mushroom creates a crusty surface, which after cracking as a result of some disturbance which can be a raindrop emits spore in large filaments. It is very much like action photography to capture the most exciting shapes in the slow turbulent airflow. This eruption is unique as it is located on the side of the mushroom body. I was lying on the ground next to the mushroom holding the camera in my hands. The flash freezes the scene in the low lights, hence there is no need for a tripod. I only used a tripod to support the flash providing the backlight (Börzsöny hill, Hungary).

I arrived at dusk to capture the sporulation of puffball mushrooms excluding natural light. Under favorable conditions in September with a sufficient amount of rain, puffballs start to develop fruiting bodies emitting millions of 0.01 mm or smaller spores. This is a form of reproduction of a mushroom transporting its genetic material to larger distances by air movement where it may develop a new fungal colony. Most fungi release spores continuously from their fruiting body typically in moist air in the evening hours. However, the puffball mushroom requires a mechanical trigger to crack on the surface. This trigger can be a raindrop, wind, or collision with animals, and quite rarely mushrooms crack without disturbance to sporulate. Imitating the natural process I gave the mushroom a gentle flick on the bottom so that the flying spores become visible. The light breeze and microturbulence randomly formed this amazing structure. 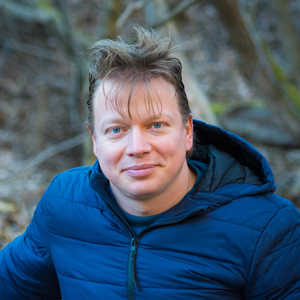 Imre is a scientific researcher who took up photography in 2007. He has received several awards, including Hungary’s Nature Photographer of the Year in both 2018 and 2020. As an environmental scientist, his work centers on popular scientific activities and attitude formation. Working for Hungary’s Danube-Ipoly National Park Directorate, he also gives lectures, guided nature walks, and photography tours. As an environmental scientist by profession, Imre considers popular scientific activities and attitude formation to be his mission. He regularly presents his novel adventures and images in the form of lectures and articles both printed and online to professional photographers, scientists, and laypersons. As an employer of the Danube-Ipoly National Park Directorate, he gives lectures and guides nature photography and nature tours at the visitor center of Királyrét (Hungary).