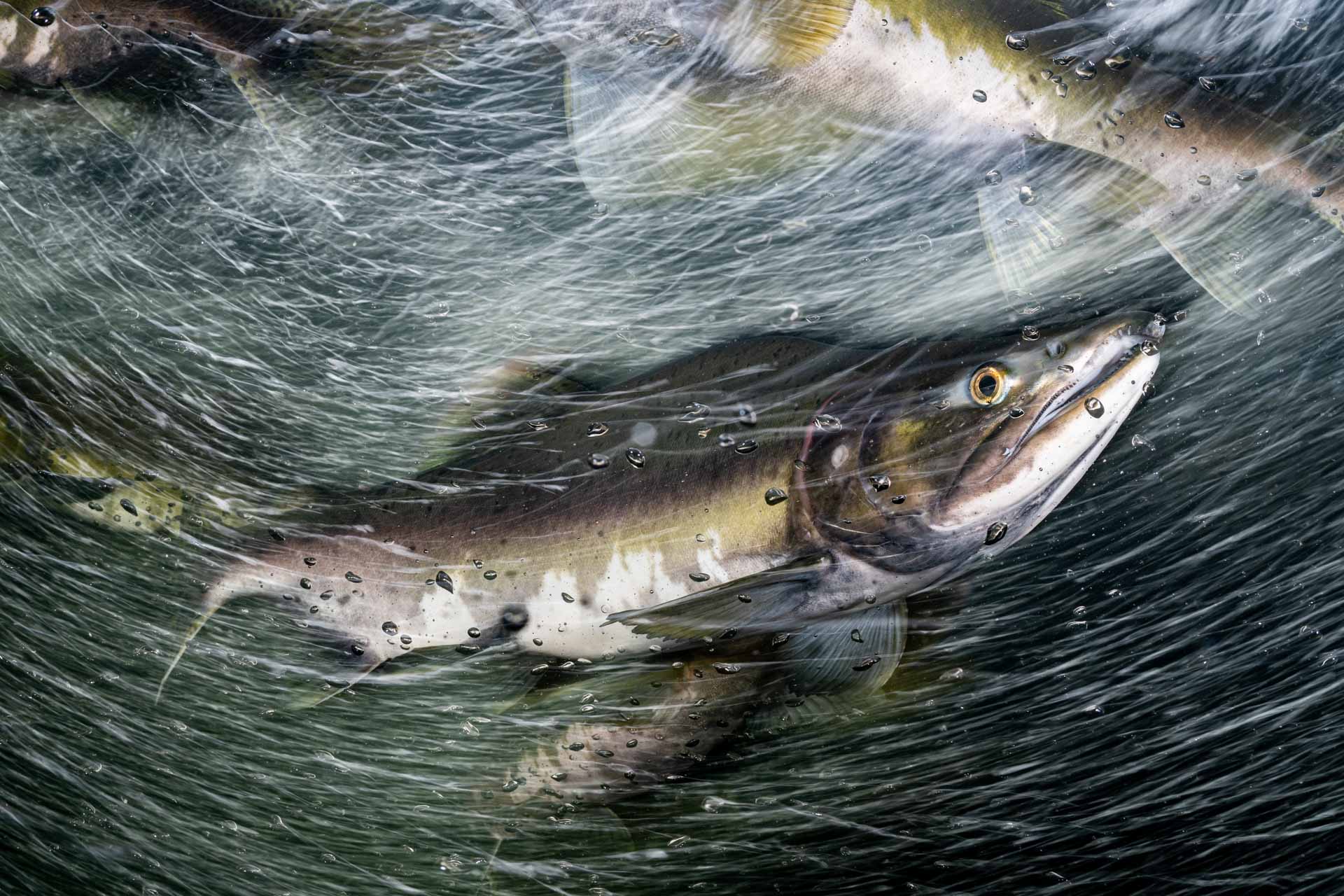 I’ll be the first to admit, I was never much interested in salmon as a photographic subject. A trip to Alaska changed that. We spent several days getting skunked looking for salmon sharks. Eventually, we conceded defeat and went into a mountain creek looking for salmon. Two days of salmon photography and I was hooked. It was another year before I was able to photograph salmon again, this time in British Columbia. A friend was kind enough to bring me to a remote spot that was loaded with Pink Salmon in various stages of their breeding cycle. Dead and dying salmon were everywhere, healthy salmon were paired up on redds, and thousands more were still fighting their way upstream. I spent several hours at the base of a small waterfall, surrounded by fish. The environment is chaotic so I chose to use slow shutter speeds to exhibit this. I captured some nice images but decided to slow the shutter speeds, even more, to let the bubbles from the waterfall turn into long streaks. Part of the fun with this technique in that environment is every single frame looks different as you can never be sure how the bubbles will arrange themselves while the shutter is open.

Matthew is an underwater and wildlife photographer based in South Florida, USA. Underwater photography is his biggest passion and he has been taking pictures underwater since he was 10 but for many years it was just about documenting cool things he saw underwater. Now almost 30, the passion hasn’t waned at all and he aims to create compelling images that can help inspire people towards caring for and appreciating our natural world and all the fantastic creatures we are lucky enough to share space with.