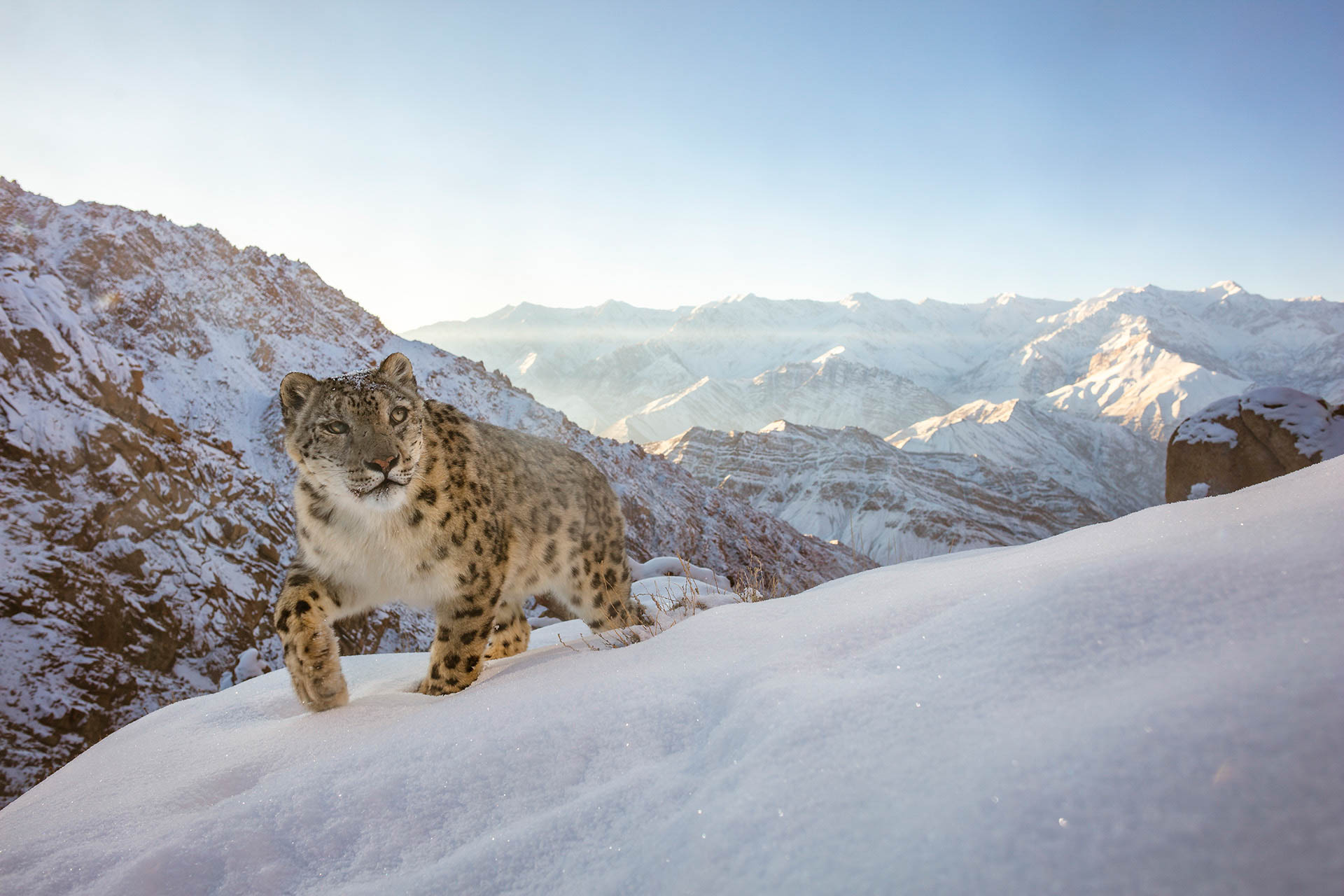 CATEGORY WINNER MAMMALS
Sascha Fonseca | The World is Mine

A strikingly beautiful Snow leopard roams across the jagged peaks of the Ladakh mountain range in India. Thick snow blankets the ground, but the big cat’s dense coat and furry footpads keep it warm. I captured this spectacular image during a three-year DSLR camera trap project in the high-altitude region of Ladakh in the Indian Himalayas bordering Pakistan and China. Challenges were many: The steep, rugged terrain with low oxygen levels, finding locations, getting the equipment up, and maintaining it over long periods of time. The mystery surrounding the Snow leopard always fascinated me. These rarely-sighted, wise-looking cats are since centuries the stuff of legends and fairytales. Their incredible stealth and camouflage and the remote environment they live in, probably make the ‘ghost of the mountains’ the most challenging big cat to photograph in the wild. Listed as Vulnerable on the IUCN-World Conservation Union’s Red List of Threatened Species researchers estimate that there are between 400 to 700 snow leopards in India today. Habitat loss, poaching, and retaliatory killings as a result of human-wildlife conflict are the biggest threats that these magnificent cats face. Snow leopard habitat range continues to decline from human settlement and increased use of grazing space.

My imagery is to make people connect to wildlife and appreciate the often unseen natural world. I believe that greater understanding leads to deeper caring which hopefully results in active support and as a multiplier for conservation efforts. 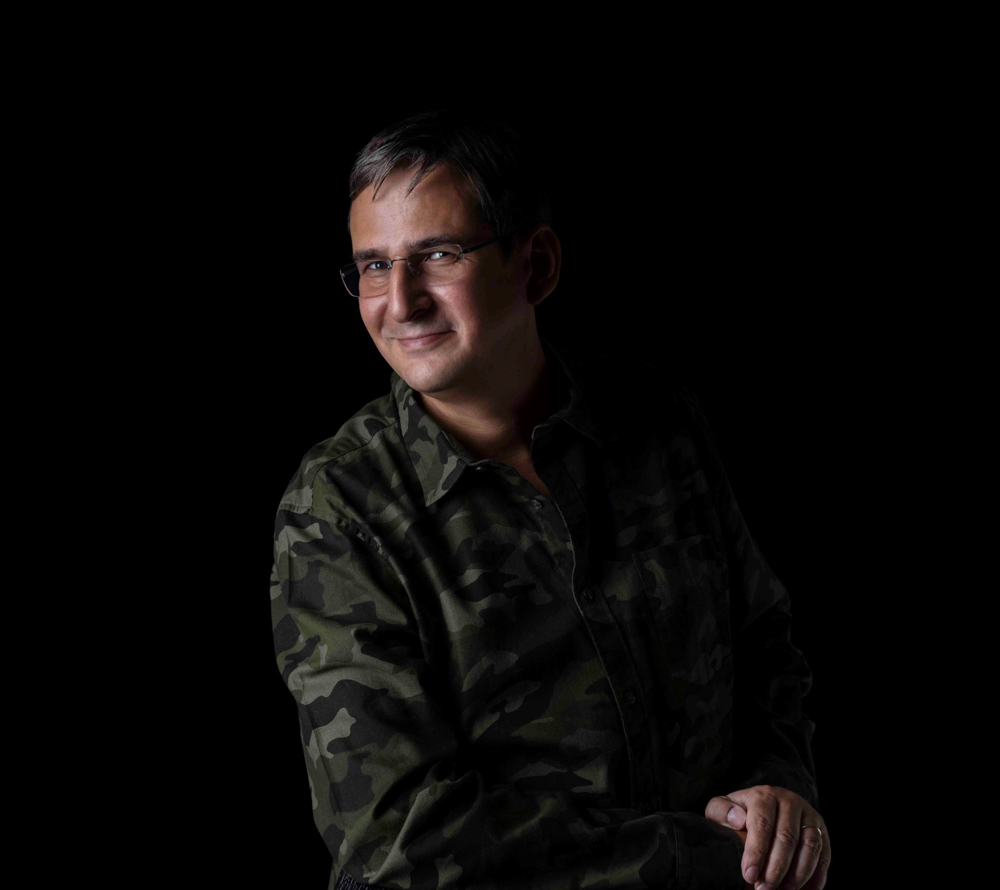 I’ve always been fascinated by animals. But it was not until 2013 during a trip to Rwanda that I first picked up a camera. Since then, I have specialized in DSLR camera traps. They allow me to capture close-up images of elusive wildlife in its environment which I would otherwise not be able to get. Over time, I’ve traveled to some of the world’s most remote places to photograph wildlife. Hiking the Himalayas in search of Snow leopards, and tracking Amur tigers in the frozen forests of the Russian Far East. I particularly enjoy uncovering the personalities of the individuals I photograph, their unique faces, and their expressive eyes. And perhaps that’s the reason why I’m especially drawn to big cats. I’m from Germany and work in Dubai where I live with my wife Catherine. The central location of Dubai has given me the opportunity to focus on projects in India, Africa, and the Far East. This is where I spend most of my time…