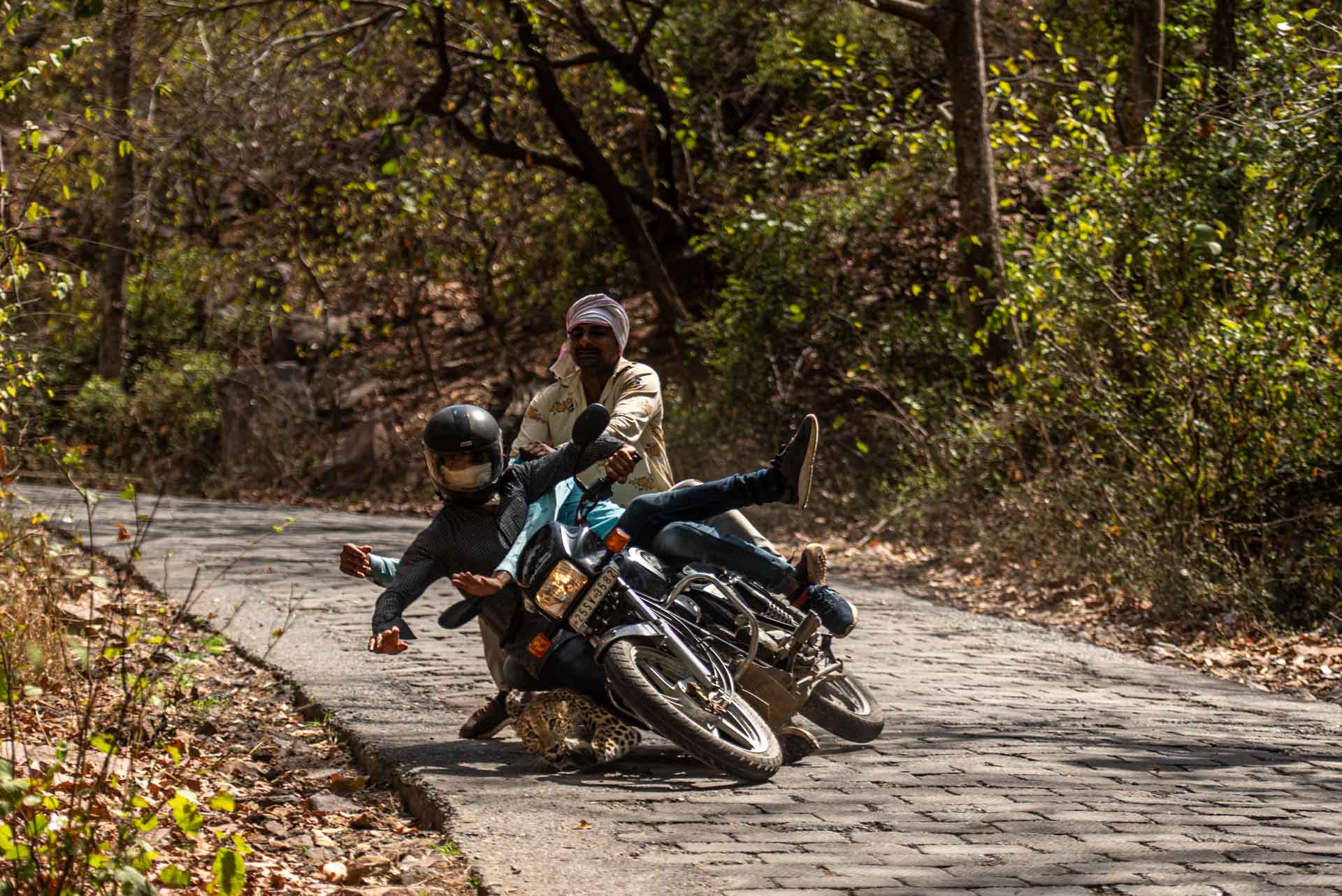 I was on a trip to Ranthambhore National Park (India) with a friend, during the end of March 2021. Our trip also coincided with a Hindu Festival called Holi, also known as the festival of colors. Many Hindus visit temples at this time to take blessings from God. Ranthambore National Park is famous for its tigers, but just outside the park is also the location of the UNESCO World Heritage site of the Ranthambhore Fort. I believe it has been built during the 10th Century. The Fort also houses a famous Ganesh Temple. Given the Holi festival, thousands of devotes throng the temple.

We had finished our morning safari and had gone to the outskirts of the park to explore the buffer areas of the Jungle. Around 1.30 pm we were heading back to enter the main area of the park. We entered the road leading to the Park, also known as the Temple road. To our shock, there were hundreds of people walking on that road, some on bikes and some in their private cars. As we were going closer to the gate, we heard Langoor (Indian Monkey) alarm calls. My guide asked his driver to stop the vehicle. There was a small pond on the left side but was mostly covered by thick bushes and trees. We could see some ripples in the water. My guide whispered: “Sir, it is a leopard, get ready, it can cross the road”. I got ready with my camera, and in no time the leopard jumped from the bushes onto the main road to quickly cross the road and get to the other side of the jungle.

Unfortunately, exactly at the same time, there was a bike with two pillion riders that was coming down the slope. The leopard crashed onto the bike, the bike rider lost control, and skidded down with the leopard coming under the bike and the three persons. We were all in shock, but my photographer instinct ensured that I captured the entire event on my camera with multiple shots. Within seconds we saw the leopard emerge from the back, rushed to the other side, and vanished into the jungle. Fortunately, all four escaped with minor injuries. We reported the incident to the forest authorities, and for some time they even restricted the free access to people on the temple road, and the Park authorities started to provide transport for devotees. But sadly the old practice has come back again. Humans have been constantly encroaching into animal territory, which is resulting in the Human – Animal Conflict. If this would have been a tiger and not a leopard, the accident could have been fatal for the three humans. I sincerely hope that this photograph of mine brings some change. 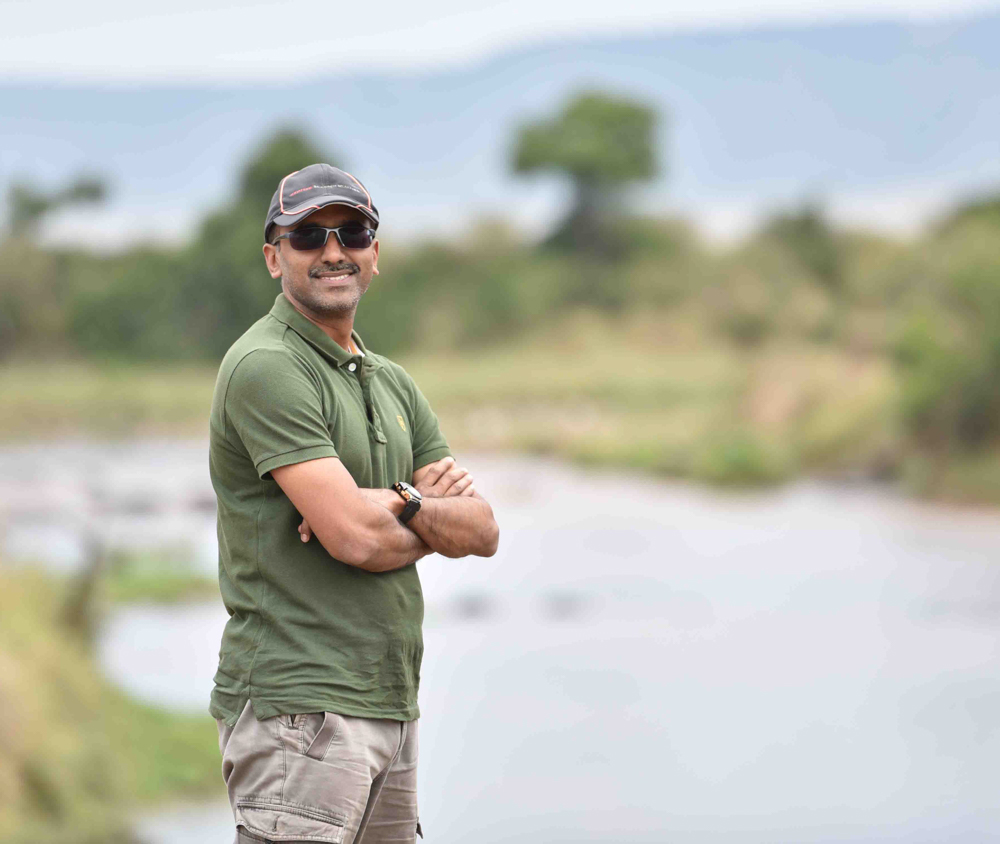 I am a wildlife and nature photographer by hobby. I started serious photography only in the year 2015 when I bought my first DSLR Nikon D750. In the last 7 years have significantly improved my photography skills, but I guess still have a long way to go. Many of my photographs have been published in leading magazines and have also won awards.